See the Massive Growth in Visitors to America’s National Parks

When the National Park Service of the U.S. celebrated its 50th birthday back in 1966, the extraordinary natural sites that comprised the system were in the midst of what TIME dubbed that year “rush hour in the wilderness,” as “overcrowding is becoming so severe that many will wonder why they ever left home.”

As more Americans, with the help of their expanding number of cars, flocked to the parks, experts lamented that the only solution would be to add more parks—and that such an answer would likely be impossible, given that demand for urban and suburban living space was also increasing. Though the “Mission 66” plan for that 1966 milestone had added campsites and increased budgets, actually adding more space had been a higher hurdle.

But, in the half-century since then, with the Service celebrating its 100th birthday on Thursday, it’s clear that things turned out a little bit differently than expected. The system has in fact grown—there are now 59 national parks within the 412 sites that fall under the National Park Service umbrella—and, as the chart below shows, so has the number of people visiting.

And it’s not just a matter of increasing acreage: each band of color in the graph represents a park, so it’s easy to see how visitor numbers at each site have increased. For example, the burgundy strip that represents the Grand Canyon appears in each of the three years measured, but it has also gotten substantially thicker over time.

This growth can present problems of its own, as the Park Service walks the line between sharing the land with citizens and preserving its wilderness, but it’s hard not to see the whopping 75 million 2015 visitors to the major national parks—an average of 1.3 million each—as a tribute to the success of the idea that was set into law on Aug. 25, 1916.

“Thus, in a direct way that pioneer conservationists would have wondered at—and some might have shuddered at—millions of Americans in whose name the forests were saved from the timber barons are now pouring into the national forests,” TIME observed at the close of the 1950s. “The millions of U.S. citizens today want not only to co-own and co-profit from the forests, but to harvest the personal dividends of their heritage by browsing through the ferns of upper Michigan or drowsing to the trickle of waterfalls in North Carolina or pitching the tent far from crowded camp sites and far, far from the urban world.” 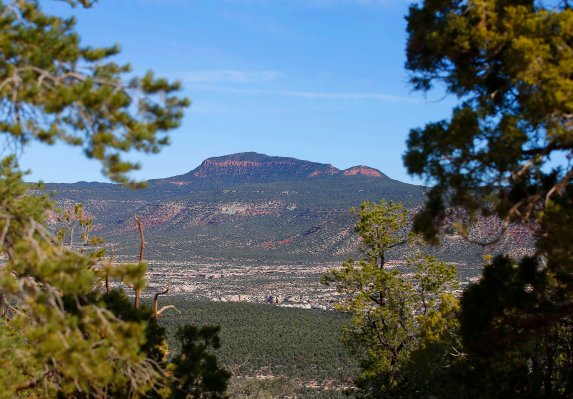