Here Are Other Athletes Who Famously Won with a Dive

The Bahamas’ Shaunae Miller won gold in Rio after crossing the women’s 400 meter final by not running but diving into the finish line.

This controversial — but perfectly legal — move pulled Miller the seven-hundredths of a second ahead of U.S.’s Allyson Felix that she needed in order to become the Olympic champion.

Internet users have been divided over how ethical Miller’s move was — but she’s far from the first Olympian to have used this diving technique to take home a trophy. Here are some others:

The 24-year-old Brazilian hurdler Joao Vitor de Oliveira progressed to the Rio competition’s semi-finals by executing a Superman-style dive headfirst over the finishing line – beating South Africa’s Antonio Alkana by one hundredth of a second.

But Vitor de Oliveira’s dive was not unplanned, as Miller’s is said to have been. He has spoken publicly in the past about diving being an essential element of his racing strategy, the U.K.’s Daily Telegraph reports. “I always do that, it’s no accident,” he said. “I broke my ribs doing it in China.”

At the World Junior Track & Field Championships in July, Kenyan Kumari Taki took the 1500 meter gold medal by diving – and, rather painfully, sliding – across the finish line. He beat Ethiopia’s Teresa Tolosa by just 0.14 of a second.

At the 110-meter hurdles at the 2012 U.S. Olympic Track Trials, athlete Jeffrey Porter dived across the line for third place – beating his next-best competitor by 0.06 seconds. His desperate dive allowed the New Jersey native to claim the final place on Team USA’s 110-meter high hurdles team – which allowed him to head to London to compete in the 2012 Games.

Sometimes executing a dive doesn’t always pay off – as field and track athlete Bershawn Jackson discovered when he dived to the finish line of the 400-meter hurdles during the U.S. trials for the London Olympics, held in Eugene, Oregon, in July 2012. The budding Olympian narrowly lost his chance to compete as part of the U.S. team, with Kerron Clermont scoring third position. 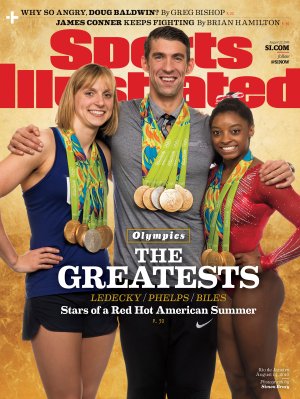