Michigan Couple Sues Creators of Pokémon Go, Says It Turned Their Neighborhood Into a 'Nightmare'

A Michigan couple filed a class action lawsuit last week against Pokémon Go creator Niantic, along with the Pokémon Company and Nintendo, alleging that the game has turned their neighborhood into “a nightmare.”

Scott Dodich and Jayme Gotts-Dodich requested the removal of Pokémon gym and a Pokestop at Wahby Park in St. Clair Shores, according to NBC‘s Detroit affiliate WDIV. The couple allege that their once private cul-de-sac has been taken over, at times, by Pokémon Go players who have blocked driveways with vehicles and trespassed on lawns.

The lawsuit alleges that the placement of Pokéstops and Pokémon Gyms on or near private property constitutes a continuing invasion of use and enjoyment.

Since its launch in July, Pokémon Go has become immensely popular, amassing a reported 100 million downloads. The game tasks players with exploring real-life locations to catch and train digital Pokémon and then battle other users in Pokémon gyms, which are tied to popular locations determined by Niantic.

The couple says that their attempts to request that Niantic remove the in-game attractions from their neighborhood via designated request forms on the company’s website were met with generic responses, according to WDIV.

When asked to leave the Dodich’s property, one Pokémon Go player allegedly told Jayme to “shut up, b****, or else.” 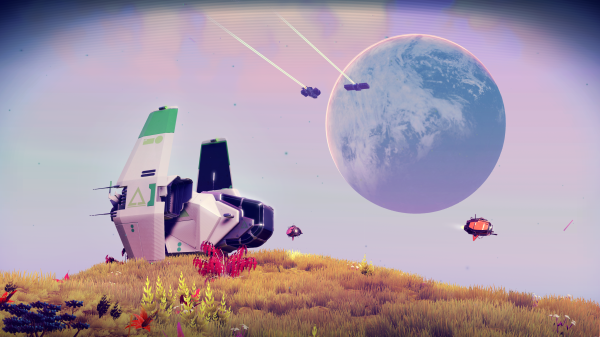 Why I Stopped Playing No Man's Sky
Next Up: Editor's Pick