Tim Cook might run one of the world’s biggest companies, but even the Apple CEO needs to ask for help once in a while.

When asked who he turns to for advice, Cook rattled off a high-profile list of names in an interview with the Washington Post. He said he gets lots of counsel from inside Apple—although it can get insular, so he actively turns to outside sources. But like everyone else, Cook admitted during his interview that he doesn’t always listen.

Here are the five people he named:

Cook phoned up the Oracle of Omaha when considering whether to return cash to shareholders, which Apple began doing in 2012. Cook felt Buffett would be unbiased on the topic. “I thought he’s the natural person,” Cook told the Post, “and so I try to go through that process on everyone.”

The Apple CEO wanted to be prepared when going into the 2013 Senate hearing regarding Apple’s tax practices. So he phoned up the 42nd president of the U.S. after meeting Clinton through a political connection. “He knows a lot about the politics,” Cook said.

The Goldman Sachs CEO also received a call from Cook as Apple’s 2013 Senate hearing approached. “I knew Lloyd and thought he’d be honest with me,” Cook said. Plus he had experience: Blankfein had testified before the Senate Permanent Subcommittee on Investigations in 2010 regarding Goldman’s role in the 2008 financial crisis.

Tim Cook also made calls to Steve Jobs’ widow, Laurene Powell Jobs, ahead of the Senate hearing. “Laurene has the lens of knowing me and deeply understanding Apple,” Cook told the Post.

Cook publicly came out as gay in a 2014 Bloomberg Businessweek essay—becoming the first openly gay Fortune 500 CEO. But the tech company CEO also consulted with many people leading up to the article’s publication—including CNN anchor Anderson Cooper. “I thought that the way that he handled his announcement was really classy,” Cook told the Post. 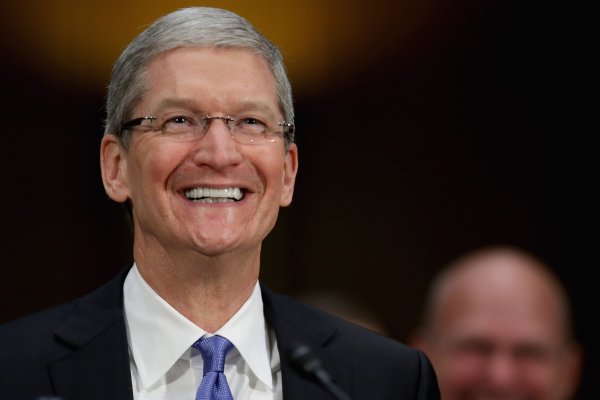