Here's Who Leads the Rio Olympics Table in Medals Per Capita

We all know that the U.S. is doing extremely well in the Olympics. With 69 medals under its belt already – 26 of which are gold – the country has almost double the trophies of second-best team Great Britain.

But considering that the U.S. has a population of 318.9 million compared to G.B.’s 65 million, is it fair to rank all participating countries by medals achieved alone? The website Olympic Medals per Capita has revised the Rio rankings, ordering the countries in the Games by comparing their population size with the number of awards they have received.

According to the site, the Caribbean island of Grenada should be in number one position. With one medal (Kirani James won silver in the Men’s 400 meter sprint) and a population of merely 106,825, Grenada is races ahead of the rest of the world when considering medals per capita alone. New Zealand, Slovenia and Hungary are in second, third and fourth place respectively.

Correspondingly the U.S. is a lowly number 35 in the rankings, with a far less impressive one medal per 4,658,243 people. G.B. is faring slightly better, in 16th place, with one medal per 1,714,164 people. Third-place China are doing particularly badly in these rankings, coming in at 60th with their enormous population of 1.3 billion. 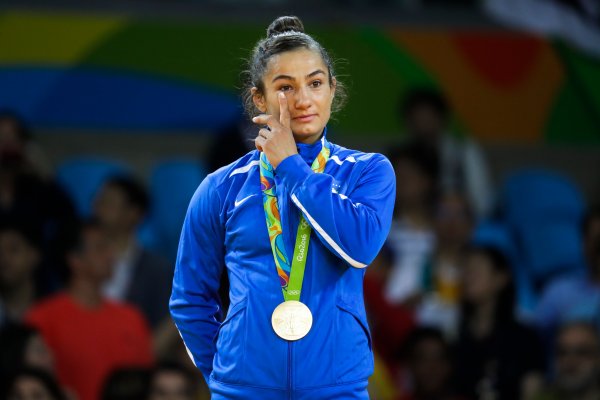 Kosovo's First Ever Olympic Medalist on Her 'Great Moment'
Next Up: Editor's Pick