Why More Americans Are Becoming Activists

It’s election season, so most of the political stories we hear about have been related to the presidential candidates, their ups and downs in the polls, and what passes for nail-biting suspense about what they will say about the day’s news. Yet even in a mass of predictable stories, this election cycle has been more dramatic than most, as outsider candidates appealed to Americans’ sense of anger at an economic and political system that they feel is rigged.

But the real political drama this year has taken place in the streets of cities like Oakland, New York, Baton Rouge, Minneapolis and St. Paul. The anger on display in the presidential race built on the outrage expressed in protest movements from the Tea Party to Occupy Wall Street, in places like Manhattan, where activists occupied City Hall Park for fairer policing practices; in North Carolina, where they challenged voting rights restrictions; and in Chicago, where teachers went on strike for the schools Chicago students deserve. Americans have rediscovered the fine art of direct action, making what Congressman and civil rights icon John Lewis calls “good trouble, necessary trouble” to bring about the change that they want to see.

This new wave began of activism began in 2008. Although inequality in the U.S. had been expanding for decades, the financial crisis—which caused people to lose their jobs, evaporated retirement savings and evicted families from their homes—raised its profile. People were in shock. The bipartisan consensus in the U.S. that markets were not only the best way but the only way to organize the economy seemed to go up in smoke, and there was no other answer on offer from the people who were supposed to be in charge.

Faith in elites, and particularly in politicians, had been falling for years, and the bailout of the banks that had caused the crisis only hardened the cynicism that many felt. As the protest chant went, “Banks got bailed out, we got sold out.” When voting is the only way you’ve been taught to express your political beliefs, but the choices on offer all seem to be in the pockets of wealthy donors, what do you do?

When the Tea Party held its first protests, a flailing Republican party seized on its momentum, proving that disruptive actions could drive politicians to court movements. Occupy Wall Street burst onto the scene in 2011, spreading virally across the country, from major urban centers like New York into smaller, more rural places like Fort Wayne, Indiana. Occupy made it clear what the fight was about: the 99% were struggling, while the 1% managed to redistribute everyone else’s wealth upwards, into its pockets. The Fight for $15 demanded raises for the over 40% of Americans in low-wage jobs.

It’s not just inequality of income that has driven people to the streets, though. The deaths of Trayvon Martin, Jordan Davis, Michael Brown, Jr., John Crawford III Eric Garner and other black men sent protesters to the streets declaring “Black Lives Matter.” People were angry at the way it seemed that a police officer could shoot or choke a black man to death and walk away with a few weeks of desk leave while the man who videotaped the killing could lose his job or end up in jail himself. Inequality is, as South Bronx Unite activist Mychal Johnson told me, in the very air we breathe.

The movements that have shaken the country in recent years are often assumed to be discrete, separate phenomena, driven by unique events, rising and falling on their own. But in fact they have fed one another, overlapped and intersected, as activists search for radical solutions—radical, meaning getting to the root of the problem, requiring fundamental change. “You can’t go back to normal,” the Reverend David Gerth of St. Louis, Missouri told me during the Ferguson protests in 2015.

As the streets ring with protest again this year, we should remember this country’s long history of making trouble to make change. And as city after city raises its minimum wage to $15 an hour, as politicians courting votes talk about the rigged game and the political revolution, we should remember that it was not politicians, but working people who took a risk to demand better that changed what was possible. It is the people in the streets making the real political revolution. 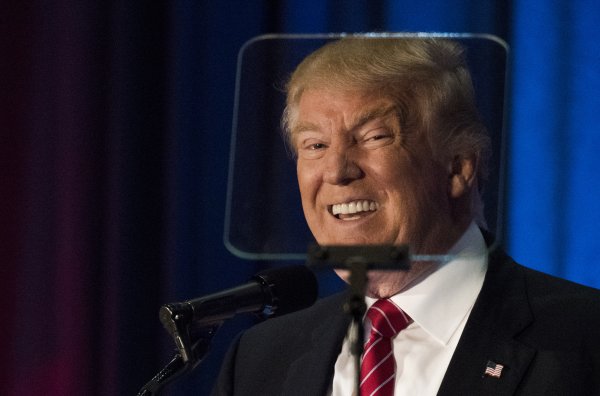