Arrival of Olympic Torch Met With Protests in Rio

The Olympic torch arrived in Rio de Janeiro Wednesday after a three month tour through cities around Brazil.

Rio’s mayor Eduardo Paes paraded the torch on its first few laps around the city center, ahead of the Olympic opening ceremony on Friday, the BBC reports.

But police had to intervene as a crowd of protesters tried to disrupt the torch relay in the north of the city, demonstrating against the high cost of hosting the Games while Brazil faces a political and economic crisis.

Riot police reportedly used tear gas to break up the demonstrators after they refused to leave a lane open for the procession.

This is not the first time the torch relay has been disrupted. Last week, a crowd protesting a lack of public transport and late payment of salaries reportedly resulted in the Olympic torch being extinguished.

Olympic organizers announced Thursday that they would give away more than 200,000 tickets to underprivileged schoolchildren. The first events of Rio 2016 have already kicked off but more than 1 million tickets have yet to be sold. 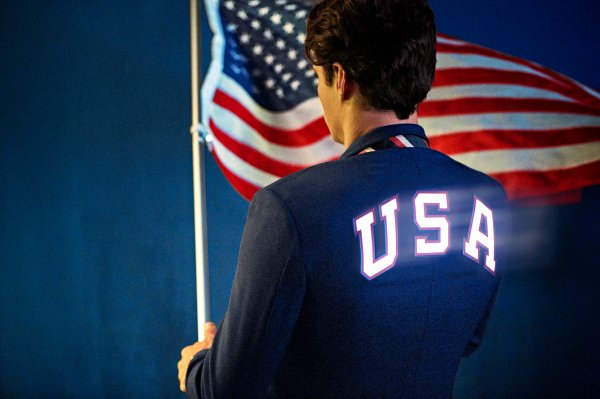 Michael Phelps Will Literally Be Glowing at the Olympics Opening Ceremony
Next Up: Editor's Pick