Lieutenant-Colonel Nathaniel Newnham-Davis is little known today but, after serving in South Africa, China and India, he became a top restaurant critic in London during the late 1800s and early 1900s. Writing for the Pall Mall Gazette, he was highly influential: praised by the New York Times during his life and admired after by the likes of Elizabeth David. So respected and well-connected was Newnham-Davis, he was often a guest at private dinners of the most prestigious chefs of the day.

Newnham-Davis published three restaurant guide books that went into many editions. The Gourmet’s Guide to London, published in 1914, followed his similar guide to Europe and replaced his first book, Dinner and Diners, of 1899. The guide is a rich source of material, providing a window into the restaurant scene of Victorian and Edwardian London. It is all the better as a historical source, as he was fair and impartial. If his experience was bad, he would simply omit the restaurant from his reviews, as it was not ‘fair to condemn any restaurant … on one trial,’ but neither would he risk returning and ‘being badly treated on a second occasion.’

Newnham-Davis reveals a world that, over 100 years later, is at once both different and recognizable to us. His reviews and essays cover some 25 classes of restaurants and the great and the good of the culinary world, many of whom, like the renowned chef Auguste Escoffier, he knew personally. We learn of pubs, chop houses, oyster houses, a chain which is a forerunner to Pret a Manger, the restaurants of Soho and the West End and those offering Chinese, Indian, German, French, Austrian and Jewish cuisine. There are reports of grand dining rooms of hotels, tea gardens, artists’ rooms, the pioneers of clean kitchens and French fries and even a lunchtime interview with the female chef who ran the Cavendish Hotel’s kitchen, staffed by women, and who invented Edward VII’s favorite pie.

One of the more curious, and certainly humorous, of Newnham-Davis’ entries is the chapter on the Eustace Miles Restaurant, founded by a British tennis world champion and his wife. It was a rarity we seldom think of as existing then: a vegetarian restaurant.

In 1878 there was only one vegetarian restaurant in the U.K. but, as the vegetarian movement, which was as much about a way of life and social change as about not eating meat, began to find new ground in London among white-collar workers during the 1880s (historically its home was the working classes of Manchester), the number of vegetarian restaurants grew to 52. Of these, 34 were in London; still not many among the swathe of food offerings the capital boasted. Many looked on the junior bank clerks, dressmakers and shop assistants dining in them as oddities.

Newnham-Davis only dined at Eustace Miles after recommending it to an old Indian Army general, a man distrusting of anything ‘new,’ who asked his advice on where to dine with his nephew and his new wife, a vegetarian. Newnham-Davis recounts that the general uttered the word ‘vegetarian’ with the same ‘tone of astonished disgust as he would have employed’ had she been ‘a militant suffragette.’

Today we would certainly recognize the health benefits of the dishes on offer. Just as we might find symbols or other indicators on our menu, informing us if the dish is gluten free or has GM ingredients, the menu at Eustace Miles had letter annotations such as ‘N.N.’ meaning ‘Very Nourishing’ and ‘F.U.’ meaning ‘free from uric acid’. The latter, as Newnham-Davis wryly comments, would be of great use to those suffering from gout.

We might also recognize the seating style. As is a growing trend in many new London restaurants, diners sat at any table, even if already occupied. Less recognizable would be the exercise classes the proprietor advertised in his restaurant and held in the rooms above.

Newnham-Davis had mixed feelings about the food itself. Some dishes he thought impressive while others, such as the stuffed marrow, were watery and flavorless. None could lure him from the ‘errors of flesh-eating’ and ‘creamy salmon and plump quails.’ Nonetheless, he acknowledged that it provided a good quality cheap meal for its clientele (a half crown set menu was available) and offered health benefits; after all, the owner was a champion sportsman. He did say, however, that he would love to see the old general’s face when he read the menu and hear his undoubtedly noteworthy remarks upon it.

Joss Bassett writes on food, drink and culture and is managing editor of In Good Taste. 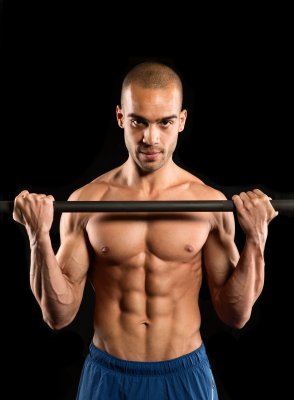 This Incredibly Fit Guy Ate Chipotle Every Day for a Year
Next Up: Editor's Pick