President Obama reaffirmed his commitment to the Trans-Pacific Partnership, joining with Singapore’s Prime Minister Lee Hsien Loong to promote the trade deal at the White House.

The TPP, he said, will provide its signatories “an opportunity to grow our economies, and write the rules for trade in the 21st century.” But TPP and other trade deals have become a major issue in the 2016 campaign, and many Americans feel the deals leave them out of work or stuck in low-paying jobs.

Signs and chants rebuking the trade deal flooded the site of the 2016 Democratic National Convention. Sen. Bernie Sanders campaigned on stopping the TPP from being ratified by Congress and pushed former Sec. of State Hillary Clinton to denounce the deal. “If you believe that we should say ‘no’ to unfair trade deals; that we should stand up to China; that we should support our steelworkers and autoworkers and homegrown manufacturers, join us,” the Democratic presidential nominee said last week. On the Republican side, Donald Trump has called the trade deal a “disaster” pushed by “special interests who want to rape our country.”

But on Tuesday, Obama rejected the notion that the voices speaking out against the deal are louder or more powerful than he is at a press conference with the Singapore Prime Minister.

“Right now, I’m president and I’m for it and I think I’ve got the better argument,” Obama said. “We are part of a global economy. We’re not reversing that. It can’t be reversed because it is driven by technology and it is driven by travel and cargo containers,” he said.

The president said that while he understood the concerns of TPP opponents, cutting off globalization will not reverse the negative trends Americans experienced as a result of past trade deals.

“I respect the arguments that they’re making. They’re coming from a sincere concern about the position of workers and wages in this country. But I think I’ve got the better argument,” Obama said.

On Tuesday, President Obama seemed hopeful that after the election season ends, Congress would be able to push the deal through. “Hopefully after the election is over and the dust settles there will be more attention to the actual facts behind the deal and it won’t just be be a political symbol or a political football,” he said. 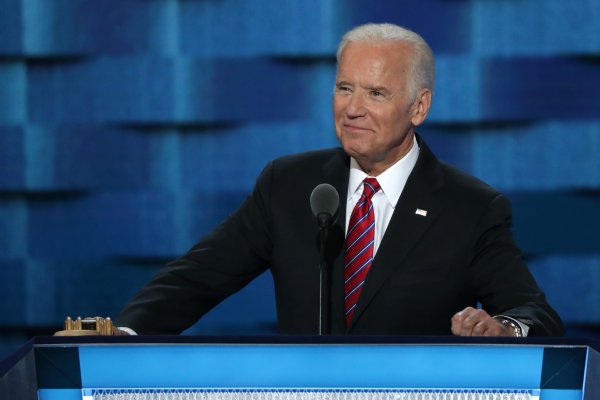