People who have bad reactions after eating bread or cereal, but who don’t test positive for wheat allergies or celiac disease, are sometimes left to feel like their problem isn’t real. But now, scientists say they’ve identified something else going on with this group—something very much not in their heads.

It turns out that those people, described as having “Non-Celiac Wheat Sensitivity” (NCWS) by the medical community, may have a so-called leaky gut to blame for their symptoms. In a study recently published in the journal Gut, this subset of often-misunderstood patients showed signs of both a “weakened intestinal barrier” and a “body-wide inflammatory immune response.”

In short, these patients were leaking stomach contents—like bacteria and food particles—into their intestines and bloodstream. That’s not too surprising: This type of barrier breech is also seen in patients with celiac disease, whose intestinal walls can be badly damaged by inflammation caused by their body’s response to gluten.

But in the study—which looked at 40 patients with celiac disease, 80 patients with NCWS and 40 healthy individuals—the non-celiac patients also had another symptom: Lab tests showed that these leaks had triggered an inflammatory response throughout the body, the immune system’s attempt to defend against the invading microbes.

Patients with diagnosed celiac disease, on the other hand, didn’t have this immune response. “Somehow the immune system of celiac patients is able to neutralize the bacterial products that pass through the breech,” says study author Armin Alaedini, PhD, assistant professor of medicine at Columbia University Medical College. “We were able to show that the immune system works differently in non-celiac patients, which may be responsible for so many of the symptoms they experience.”

This may also explain, says Alaedini, why patients with NCWS tend to have reactions so soon after eating wheat—often within hours—compared to people with celiac disease, who develop symptoms more gradually over time.The theory of a leaky gut causing symptoms throughout the body isn’t new; the problem is even sometimes referred to as a syndrome. But a weakened or damaged intestinal wall can be caused by lots of different factors, says Alaedini; the study’s findings represent just one way it can manifest, in one specific group of people. (And they still don’t know what’s causing the damage in this case, he says—the study only showed that it exists.)

Health.com: What You Should Know About Leaky Gut Syndrome

Alaedini points out that this new finding won’t apply to everyone who feels sick after eating wheat products. “We’re talking about individuals who have gastrointestinal symptoms, including diarrhea, pain, and bloating, but they also have extra-intestinal symptoms.” These additional symptoms vary, but can include fatigue, anxiety, rash, or cognitive difficulty—all of which may be the result of this inflammatory immune response, he says.

About 1% of the population (about 3 million Americans) is believed to have celiac disease. While NCWS has been more difficult to diagnose, researchers believe that it affects about 1% of people as well.

This new finding will hopefully pave the way for a better understanding of NCWS, and could lead to a diagnostic test to identify people who might be helped by future treatments. (Currently, the only real way to avoid symptoms of wheat sensitivity is to avoid foods that contain it.)

For now, it can at least provide reassurance to some wheat-sensitive people that there is a biological explanation for their condition. 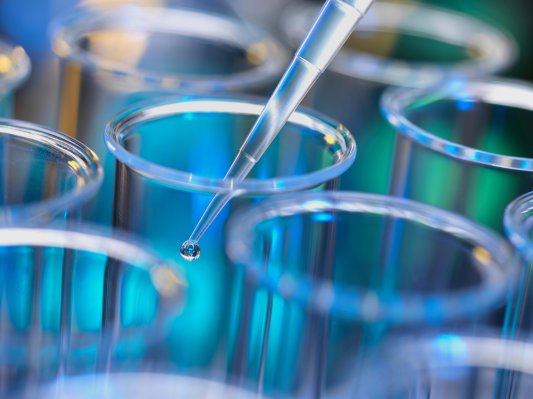 Human-Animal Chimera Studies Will Soon Be Allowed In the U.S.
Next Up: Editor's Pick