If you like the smell of rotting meat and happen to live in New York, today’s your lucky day: the Amorphophallus titanum, fondly nicknamed the “corpse flower,” is finally blooming after a nearly ten-year wait. If you’d rather watch the action from afar, you’re in luck: check out a livestream of the famously malodorous plant above.

The flower is a rare tropical specimen that only blooms about once a decade — and then only for 24 to 36 hours. But it’s a dramatic period, as the giant blossom opens up to reveal a lush red interior, the second-largest bloom among known plant species. Native to western Sumatra, the corpse flower gets its nickname from the distinctive smell it emits: the strong odor of decaying meat.

It’s an especially big deal for New York because this is the first time since 1939 that the New York Botanical Garden has been home to a blooming Amorphophallus titanum. To share the excitement with visitors, the garden is keeping a live cam trained on the plant’s progress — and is even staying open extra late on Friday evening to allow eager botany fans the opportunity to see (and smell) the “horticultural jewel” in the flesh.

“Each day of careful tending and feeding has led up to this moment: a brief yet glorious window in which the enormous plant (up to eight feet high) will unfurl, displaying the striking red interior and uncanny scent to which it owes its name. This is the first time that a blooming titan-arum has been put on display at the Garden since 1939,” the Botanical Garden site notes.

The Botanical Garden first received one of the corpse flowers in 1932, and it bloomed on June 8, 1937. The Amorphophallus titanum was later named the official flower of the New York burrough of the Bronx in honor of the bloom (although that was changed to the daylily in 2000). This particular specimen has been at the Garden since 2007. 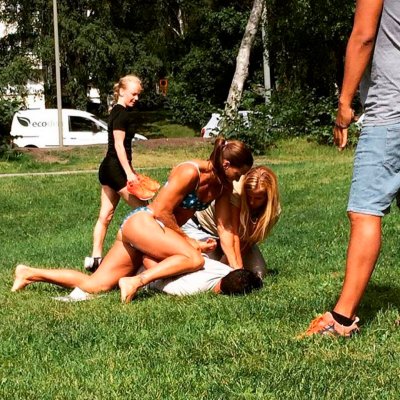 Badass Swedish Cop Takes Down Pickpocket While Sunbathing
Next Up: Editor's Pick