When screenwriter Amy Fox was researching the script for Equity (July 29), a new drama about women on Wall Street, she spoke to investment bankers to learn about their experiences in the trenches. Sitting across from one of her first interviewees, a woman who had worked in finance for decades, she asked, “What got you through the ‘80s, when the misogyny was really in your face and there were strippers on the desks?” The simple response: “I like money.”

When these words are spoken by Naomi Bishop, the investment banker at the center of Equity, they aren’t tinged with apology or shame. Naomi, played by Anna Gunn, is an expert in bringing burgeoning tech companies to initial public offering. When the movie opens, she is within inches of a much deserved promotion, but her professional fate hangs in the balance of a precarious deal she must usher through without incident. And then there’s the perception, as her boss gingerly suggests, that that some of her peers find her to be difficult.

Of course, many women know that the word “difficult” is often a stand-in for qualities like powerful, ambitious or otherwise possessing at least a moderately sturdy spine. And these are not the kind of women the sub-genre of Wall Street dramas and thrillers has tended to put onscreen. “The morality questions around Wall Street, about money and greed, have been dealt with numerous times,” says Fox, who cites Wall Street as one of her favorite films. “But there was this vast amount of material that had not been mined, which is those particular challenges that women are facing in this world.” That is, the women who are not the wives, mistresses or secretaries of the men in this world.

Fox was commissioned to write the script by Alysia Reiner and Sarah Megan Thomas, two actors who formed the production company Broad Street Pictures with a mandate to tell female-driven stories. About six months later, Reiner and Thomas (who both produced and star in Equity) brought in Meera Menon, who won the Tribeca Film Festival’s Nora Ephron Prize for her 2013 debut film Farah Goes Bang, to direct.

“There’s so few opportunities to actually represent women negotiating power or occupying positions of power,” says Menon. Adds Fox: “I have a lot of likable women in my life, but I don’t have models for a powerful woman, for a woman of strong integrity. I want models for those.”

Not that power and likeability are mutually exclusive—though as we see through Naomi’s eyes, it’s difficult to attain both in equal measure while forging a career in a male-dominated industry. And when it comes to negotiating the terrain between the two, there were few actors better suited to the challenge than Gunn, who was the target of extreme vitriol for her Emmy-winning portrayal of Breaking Bad’s Skyler White, the reluctant wife of Bryan Cranston’s megalomaniacal meth kingpin Walter White.

In 2013, Gunn wrote an op-ed for the New York Times about the widespread, misogynistic contempt for Skyler, which began with critiques of the character but quickly morphed into hatred, and even death threats, directed at the actor herself. “Because Skyler didn’t conform to a comfortable ideal of the archetypical female, she had become a kind of Rorschach test for society, a measure of our attitudes toward gender,” wrote Gunn.

“Anna spent a lot of time trying to distill this reaction on the audience’s part to her character,” Menon says, “and I think she went through a similar process that Naomi goes through in the course of this movie. She internalized it for a long time before she realized she had no control over it and walked away from it.”

But Equity is as much about Naomi’s quest to improve the title on her own nameplate as it is about her relationship with her assistant, Erin (played by Thomas), whose career she has championed but who is beginning to sense that trust and solidarity may not be the most expedient path to advancement. Figuring out how to handle their relationship, say Menon and Fox, was a challenge from the first conceptual conversations through the final day of editing.

If their relationship were too fraught, the filmmakers feared, it might play into stereotypes of catty women and queen bees. If it lacked sufficient tension, it might play as a cumbaya-sweet fantasy of female solidarity. Based on reactions to test screenings, Menon says, “I realized that people were going to project their own attitudes towards relationships with mentors or mentees onto this relationship, and there was only so much we could do to define that experience for them.” Ultimately, says Fox, “There’s a million variations, but dramatically speaking, the nice, uplifting one is not going to be the most interesting.”

Then again, when you are a pioneer laying claim to new terrain, the scrutiny is always more acute. Were there a dozen other female-driven Wall Street movies, we might expect to see characters in all manner of leaning—be it in or out or something in between. We might witness backstabbing rivalries and loyal partnerships without feeling an urge to extrapolate what kind of message they send about all of womankind. Equity isn’t a movie about all women on Wall Street—it’s the story of only a few. But there’s plenty of room for more. 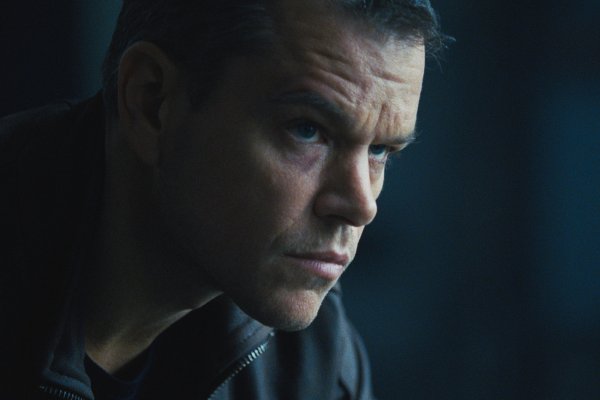 The Honest Trailer for the Bourne Trilogy Shows All Three Movies Are the Same
Next Up: Editor's Pick