On Wednesday, 19-year-old British YouTube vlogger Marina Joyce tried to reassure fans who have said they believe Joyce may be the victim of abuse after spotting bruises on the Internet star’s arms and claiming that her behavior in recent videos has grown erratic.

“I tripped over in the forest, because I like to go for walks, and I had quite a bad fall,” she told YouTuber Scarce. “But yeah, I just tripped.”

In a second new interview, Joyce, whose safety was confirmed by police in a recent visit, told fans that she was fine.

“Everyone else started the whole thing up, and I’ve just been here like ‘I don’t even know what’s happening,'” she told fellow vlogger Philip DeFranco.

Concern among Joyce’s viewers has brought rising attention to the YouTube star, generating upwards of hundreds of thousands of tweets on the hashtag #SaveMarinaJoyce since Monday. In less than 48 hours, Joyce’s YouTube subscribers doubled, jumping to over 1.3 million.

Joyce told DeFranco that she’s gone on a “spiritual quest” over the last few months that may have influenced her followers — and, therefore, their reaction to her videos. “I’m actually sorry to my viewers for making so many mistakes during my time on YouTube, but I believe that all my mistakes have cancelled out, just because people care about me so much,” she said.

“I actually promise — you can see in my face, you can see in my eyes — I promise you, I promise you that I’m not taking drugs,” she told DeFranco. “I would never do that, and mainly because of my viewers.” She added that she attends drug-free events, like the morning rave she tweeted about. “I just personally wouldn’t do drugs because I’m kind of scared of them. I know you can pass away from them, you know? They’re really dangerous for you,” she added. 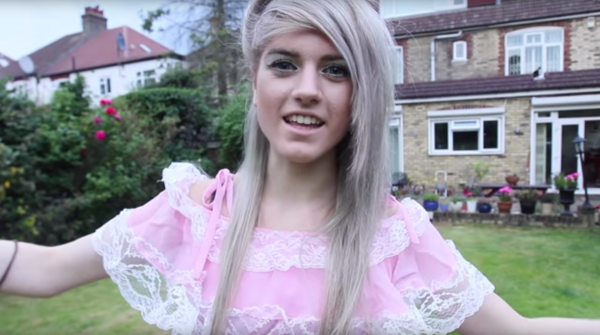 Here's Why #SaveMarinaJoyce Is Trending on Twitter
Next Up: Editor's Pick