General Mills announced on Monday that it is expanding its flour recall in response to four new confirmed illnesses connected to a possible E. coli outbreak

The company’s latest recall covers a number of Signature Kitchens and Gold Medal flour produced through Feb. 10 of this year. General Mills first announced a flour recall in May amid a health investigation of an E. coli outbreak linked to its flour brands. The Centers for Disease Control and Prevention said the likely source of the outbreak is the General Mills plant in Kansas City, Mo. No deaths have been caused by the outbreak but 46 people have been affected, including 13 who have been hospitalized and one person who developed a type of kidney failure, officials said.

General Mills said in a statement that “it is unknown if we are experiencing a higher prevalence of E. coli in flour than normal, if this is an issue isolated to General Mills’ flour, or if this is an issue across the flour industry.” The company urged consumers not to eat uncooked batter or dough made with raw flour. “No illnesses have been connected with flour that has been properly baked, cooked or handled.” 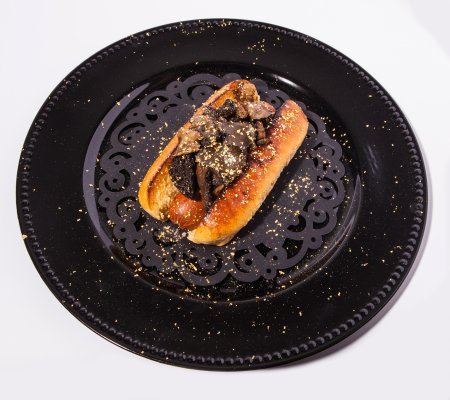 It's National Hot Dog Day So Here's A $200 Extra-Fancy Frank
Next Up: Editor's Pick