The Truth About Your Tampons

From deodorant and perfume to cleaning products, the chemicals we spread, spritz and spray onto our bodies and around our homes are a growing area of concern for health scientists.

In particular, a group of chemicals sometimes referred to as “endocrine disruptors”—because they may mess with the hormones your body’s endocrine system regulates—have been linked to brain disorders, reproductive issues, obesity and cancer. (Recent reports from Europe pegged the healthcare costs of these chemicals somewhere north of $200 billion.)

Unlike something you swallow, substances you place inside your vagina may not go through the body’s typical elimination and metabolic processes, says Ami Zota, an assistant professor of environmental health at George Washington University. Instead, tampon chemicals are absorbed by the vaginal mucosa, and from there are able to pass almost directly into your bloodstream.

Zota’s research shows fragranced feminine care products may raise a woman’s exposure to phthalates, a class of suspected endocrine disrupters some research has linked to developmental issues like lower IQs and higher rates of asthma.

Another group of chemicals are dioxins, which are byproducts of the bleaching process involved in the manufacture of tampons. Dioxins are also a big concern; the World Health Organization calls dioxins “highly toxic” and categorizes them as a “known human carcinogen.”

“The amount of dioxin in tampons is low today in comparison to when manufacturers used different bleaching methods,” says Philip Tierno, a professor of microbiology and pathology at New York University. “But it’s still present, and its effect is cumulative.” Even if your dioxin exposure from each tampon is very small, Tierno explains, a lifetime of tampon use could theoretically increase your risks for disease.

Since then, manufacturers have cut out most of the chemicals linked to TSS. But Tierno says the condition persists, though it’s not as common as it used to be. Just how common toxic shock and other tampon-related risks are today is tough to judge because, Tierno says, there’s very little research into any of these health risks.

“There are many existing data gaps,” Zota says. Despite their wide use, tampons and feminine products have received “relatively little attention from the scientific community,” she adds.

Considering tens of millions of American women use these products on a monthly basis, what accounts for this lack of scientific scrutiny? “We have these societal stigmas into menstruation that stifle discussion and investigation,” says Christina Bobel, president of the Society for Menstrual Cycle Research. “There’s a ‘just shut up and clean it up’ approach.”

Bobel mentions a Congressional bill—first introduced in the 1990s and named after Robin Danielson, a woman who died of toxic shock syndrome—that calls for more funding into feminine hygiene products. New York Congresswoman Carolyn Maloney has introduced the bill more than a dozen times over the past two decades, most recently in 2015. It has never passed, and the latest attempt is currently stuck in committee.

“We’re just looking for good information at this point, not action or regulation,” Bobel says.

Expert calls for more information also extend to manufacturer labels for tampons. Unlike cosmetics or other personal care products, tampons are considered “medical devices” by the FDA, says Sarada Tangirala of Women’s Voices for the Earth, a non-profit that works to limit people’s exposures to harmful chemicals.

“Because tampons are considered medical devices, there’s no labeling requirement for ingredients,” Tangirala says. “So for allergens or chemicals linked to cancer or other toxicity, even if you want to avoid them you can’t because you can’t see them.”

The FDA says the “available scientific evidence” does not support concerns about dioxin or other tampon ingredients. But that’s exactly the problem: there just isn’t much evidence available, Bobel says.

So how can women protect themselves? First, try to avoid all fragranced products, Tangirala and others advise. That goes for vaginal douches and powders as well as tampons. “We also recommending looking for products from companies who list their ingredients and are transparent about what goes into them,” she says.

“We need to start talking about this more,” Bobel adds. “And we need to insist that manufacturers explain what these products are made of, and to convince us that they’re safe.” 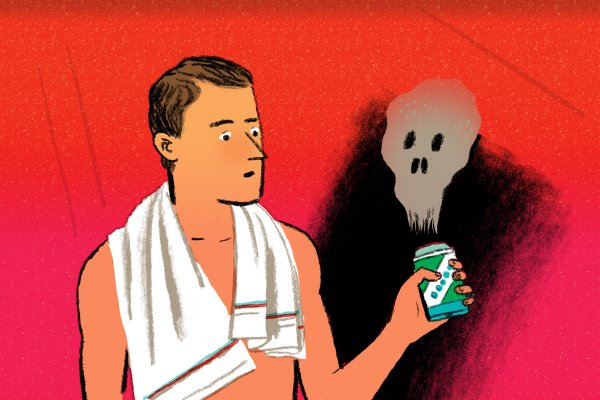 5 Things Wrong With Your Deodorant
Next Up: Editor's Pick