5 Things Wrong With Your Deodorant

You wouldn’t swallow a spoonful of toxic cosmetic ingredients. But in some ways, smearing them under your arms in the form of deodorant or antiperspirant may be worse.

“When you eat something, it’s broken down by your liver and digestive system,” says Heather Patisaul, Ph.D., an associate professor of biology at North Carolina State University. “But when you put something on your skin, there are times when it can enter your bloodstream without being metabolized.”

Patisaul spends most of her time studying known and potential endocrine disruptors—chemicals that may mess with the function of your body’s reproductive and developmental hormones. She says rubbing something on your skin doesn’t mean all—or even any—of it will make its way into your bloodstream; it depends on the chemical. But blood tests show that many of the substances commonly included in deodorant products can, in fact, worm their way past the epidermis and into the body.

Research also shows that some compounds used in deodorant are absorbed and stored in fat cells, which are prevalent in the underarm area, says Philip Harvey, Ph.D., editor in chief of the Journal of Applied Toxicology. Your underarm tissue also contains hormone receptors, which could react to some of those same deodorant ingredients, Harvey says.

For all these reasons, experts like Harvey and Patisaul are worried certain compounds in antiperspirant and deodorant could cause or contribute to developmental or reproductive issues, as well as cancer. (Other research shows some of these substances can mess with the microorganisms—many of them beneficial—that live on and in your body.)

Here are 5 deodorant ingredients of concern.

There are many different parabens, which are used as preservatives in deodorant and other personal care products. Research suggests some parabens may interfere with the way your body produces and regulates estrogen and other hormones, Patisaul says. “There’s estrogen-sensitive tissue in the breast, so the worry is that if you put parabens close to this tissue every day, they may promote the growth of cancer cells,” she explains. That goes for men as well as women.

That said, both the American Cancer Society and the National Cancer Institute say there’s not “conclusive evidence” linking deodorant chemicals to cancer. But there’s lab evidence to back up Patisaul’s concerns. Research from Philippa Darbre, an oncologist at the University of Reading in the U.K., has shown that mixing different parabens can strengthen their “estrogenic” effects. But proving that this mixture could cause or contribute to cancer is nearly impossible. “Cancer is a complex multistage process, and its development can take many years,” Darbre says.

Much more research is needed, she adds. But in her view, the existing evidence suggests that long-term, low-dose mixtures of environmental chemicals—including parabens—“could cause cancer.” (See another piece, “Can Deodorant Give You Cancer?” here.)

Typically found only in antiperspirants, this metal can cause “gene instability” in breast tissue, Darbre’s research shows. This instability can cause changes than may promote the growth of tumors or cancer cells, she explains. “Over 50% of breast cancers start in the upper outer quadrant of the breast local to the underarm region,” Darbre says. While that’s not proof aluminum is to blame, breast cancer incidence tends to align with use of products that contain the metal. Especially if you shave under your arms, applying a product containing aluminum to that broken skin could be bad news, Darbre says.

Still, as TIME has reported: According to the American Cancer Society’s website, there is no “clear” or “direct” link between aluminum and cancer. The National Cancer Institute site says “more research is needed.”

Cosmetic manufacturers add this chemical to many products in order to prevent bacterial contamination, and to kill bacteria on the surface of the skin, as in anti-acne products, some deodorants and antiperspirants, and in sanitizing hand soaps. Triclosan is so common that 75% of Americans have detectable levels of the stuff in their urine. The FDA says there are no known hazards associated with triclosan. But the agency also acknowledges that the research has evolved since it ussued that designation, and the agency could soon change its stance.

Some animal studies have linked triclosan to unusual hormone activity. More research suggests triclosan could mess with your microbiome or the day-to-day operations of your genes.

“There’s evidence from amphibians and fish is that triclosan impairs thyroid function, which is crucial for brain development,” Patisaul adds. She says blood tests show triclosan is “at the high end” when it comes to chemicals that swish around in our bodies. “To my knowledge, there aren’t any clear benefits associated with it when used in underarm products.”

These compounds help deodorant and other cosmetics—such as fragrance—stick to your skin. They also appear to disrupt “androgen function,” or the way your body produces and uses the hormone testosterone, Patisaul says.

While you may think of testosterone as a strictly male hormone, women also produce the stuff, and it plays a role in energy and muscle maintenance. “The greatest concern when it comes to phthalates is that they could impair reproductive ability in men, or that they could impact fetal development in pregnant women,” Patisaul says. Research has also linked phthalates to lower IQs and higher rates of asthma.

Phthalates are typically present in any product with a fragrance that lingers after it’s been used or applied; phthalates are partly what makes smells stick. That means that everything from body wash to shampoo to lotion to hairspray to soap.

Almost every scented product has “fragrance” or “perfume” listed among its ingredients. And it’s impossible to know just what chemicals are concealed by those seemingly benign terms because scents are protected under trade law. “It could be phthalates, or it could be substances that cause allergies or skin irritation,” Patisaul says. Even smelling scented products on other people can cause an allergic reaction.

How to protect yourself:

If these compounds are of concern to you, Darbre says ditching all underarm deodorant products is the only way to ensure you’re not exposing yourself to potentially toxic chemicals. Short of that, Patisaul recommends shopping for fragrance-free natural deodorant. Finally, shop for products labeled paraben-, fragrance-free, and check the ingredients list to make sure triclosan isn’t included.

“The more people spend their money on products that don’t contain these chemicals, the more manufacturers will move away from using them,” she adds. 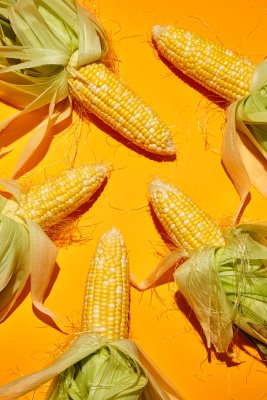 Many Foods Subsidized By the Government Are Unhealthy
Next Up: Editor's Pick