Today is April Fools Day, so keep the following list of 2014 pranks open in your browser if you want to make sure that you don’t fall for any of them. Or if you see people falling for them, then you can share this article with them and rub it in their faces. We will keep updating this post throughout the day.

A review of Keanu Reeves in a Citizen Kane remake aired on All Things Considered. (NPR)

Straight out of the movie Her, an artificially intelligent partner can talk to you throughout the day and generally wants to “share life with you.” (Couple)

Speaking of an office that is going green, here’s grass in a keyboard. (Instagram)

And forks in grass…

Perhaps the cruelest of tricks: oranges in a Krispy Kreme box.

T-shirts for cats, designed to be a “post-ironic statement on the human condition.” (Betabrand and Cheezburger)

A consulting firm debuts a wristband called “Bill-IT”, which reminds lawyers to track billable hours by shocking them and does not let them leave the building until they are caught up. (Janders Dean)

An app can show you the value of your salary in Bitcoins. (Glassdoor)

I will be coming out with my mixtape April 16th. Feature on it Jay-Z, Drake, Ross, Meek, Juicy J, Kendrick, Snoop, and many more. "King Me"

Brands can now buy rain and inject the smells of new cars and fast food into water molecules to create ads with “no carbon footprint.” (Publicis Seattle)

The President unveils an underwear line with a new twist on his campaign motto: “Change (Your Underwear).” (MeUndies)

A university where you can major in Doge (we assume). Is tuition paid for in Dogecoin? (MTSU)

After being confused with the toothpaste company for years, Colgate University opens a Graduate School of Dentistry. (Colgate)

Because it reads Americans’ browser history so closely, the NSA’s PRISM program enters the online shopping market, shipping “products to consumers before they even realize they need them.” (CafePress)

The watch that shows how many calories you burn while twerking. (Basis)

*NSYNC gets back together, plans reunion world tour and new music. (Ryan Seacrest)

A new section of a travel deals website for comparing bathroom stalls designed for people on the go who have to…go. (KAYAK)

A home remodeling site with a 3D printing option that allows customers to 3D-print any piece right from home. (Houzz)

A service that allows you to purchase cars previously owned by celebrities. (Carvana)

The Republican National Committee announces it is changing the party color to blue, so that Democrats can be represented by the color red and be “the party of red tape, red lines, and red ink.” (GOP.com)

Videos of a chicken roasting and bacon sizzling are now on Netflix. (TIME)

Reddit’s new site Headdit, browses the social network based on facial expressions. Nodding your head up and down scrolls the page, while shaking your head closes links. (Reddit)

Edible Domino’s pizza box is for people who like their pizza with extra crust. (Domino’s Pizza UK)

Google+ introduces a #Hoffsome feature that inserts a David Hasselhoff photobomb in all of your pictures. (Google)

Google hiring a “Pokémon Master” based on who can find the most Pokémon characters in its maps app. (Google)

New GMAIL setting enables users to make a selfie mailbox theme and share it with friends and family “so they can enjoy looking at you as much as you do.” (Google)

Virgin America partnering with Nest to create a personalized climate control feature on planes, in which passengers can create their own climate at 35,000 feet, from “Chicago Polar Vortex” to “Standard Day in Los Angeles.” (Virgin America)

Shuberx, the new partnership between TOMS and Uber, is an eco-friendly cardboard car service. (Uber)

Tips for how to wear a toupee on bare parts of the body other than the head, such as on shoes, necklaces and on the shoulder as an epaulette. (ModCloth)

Any ads you see for whisky sunscreen, an app that keeps your drink cool, and a meditation CD featuring sounds of the distillery. (Caskers)

A study that says left-handed people are better drivers than those who are right-handed. (TheZebra.com)

Bravo announces an all-stars edition of The Real Housewives franchise.(BravoWatch)

A $25-million-dollar crowd-funding campaign to develop Silicon Island 65 miles off the coast of California, a co-working space for entrepreneurs where the only currency accepted is Bitcoin and drones do periodic food drops. (Crowdtilt)

A new app eliminates lines by sending anonymous text messages to people standing in front of you saying their car has been towed or their house has been robbed. (Qless)

A website where parents can donate their kids and are rewarded with a free vacation. (Kids4Kars).

An online photo editor has rebranded itself as an artisanal, 100% organic service, hand-crafting photos with love and care, even carving tweets and Facebook posts into stone tablets. (PicMonkey)

Touch-sensitive pads that can be built into your keyboard so that they read your mind and translate your thoughts into artworks. (deviantART)

The Google Glass version of a dating website that evaluates people as they walk by based on what your friends have told you about them. (Coffee Meets Bagel)

A drone that takes selfies, follows you everywhere. (Orbotix)

A new food blog about ramps, “the Beyonce self-titled album of blogger interest.” (The Braiser) 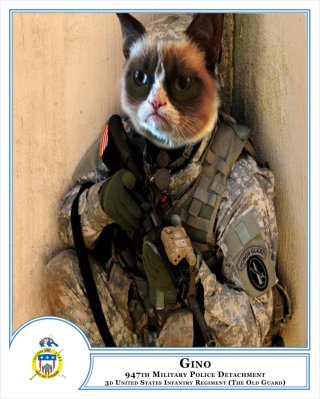 The Best April Fools' Pranks Ever
Next Up: Editor's Pick