The Society Girl Who Became a Martyr for Women's Suffrage

When she died at the age of 30, in 1916, Inez Milholland was a celebrity whose fame was one part movie star Mary Pickford and one part anarchist Emma Goldman. Though her activism was almost overshadowed by her beauty and her time as a society girl, she was most famous as the leader of the huge 1913 suffrage parade in Washington D.C.—a moment during which she was able to put her looks to use, proving that suffragists weren’t all dour, middle-axed battleaxes.

Milholland was raised with both money and firm progressive principles. Her father John was a thwarted politician who made his fortune manufacturing pneumatic tubes—which, in the late 19th century, was not unlike inventing Twitter. By the time Inez was a teenager, her family had a country estate and homes in New York and in London. There was never a question as to whether Inez and her sister would attend college, only which one. She matriculated at Vassar in 1905 and set out immediately to make herself queen of the campus.

During a trip to London before her junior year, Milholland met and marched with Emmeline Pankhurst, the militant, aristocratic head of Britain’s Women’s Social and Political Union, whose members embraced the pejorative label “suffragette.” Fired up, the nascent activist wrote an essay for her Vassar classmates about her time with the Pankhursts, lamenting that the suffrage movement in the United States was by comparison so lacking in energy and leadership. Vassar’s president, James Monroe Taylor, was a Baptist minister who had held office since the year Inez was born. He was implacably opposed to any suffrage activism on campus, which he considered propaganda, and soon butted heads with Milholland, who saw the college’s commitment to educating women while banning student activism to be utter hypocrisy. She invited Harriot Stanton Blatch, Elizabeth Cady Stanton’s daughter, to the first meeting of the Vassar Votes for Women club, which was held in a cemetery just off campus.

By the time she graduated in 1909, Milholland was on her way to being nationally famous. She was already notorious for breaking up a campaign parade for President Taft, distracting the male onlookers by yelling “Votes for Women!” through a megaphone from an upper-story window. And, after being rejected by several Ivy League schools on the grounds of sex, Milholland had been admitted to New York University to study law. She joined a New York firm as a clerk after her 1912 graduation, and the next year took on the case of 23-year-old labor leader Elizabeth Gurley Flynn, who had been arrested during a textile strike. That same year, Milholland made her most celebrated public appearance, mounted on a white horse and leading the Woman Suffrage parade in Washington, D.C., the day before President Wilson’s inauguration. Wearing a crown and long white cape, Milholland made an imposing figure, and when drunken men disrupted the parade she reportedly turned her horse into the rampaging crowd and subdued them.

After her 1913 marriage to Dutch coffee importer Eugen Boissevain—to whom she proposed, and with whom she maintained an open marriage committed to free love—she still had work to do, despite the assumptions of the time that a married woman belonged at home.

Stopping the world war became Milholland’s new passion, and she worked briefly as a reporter in Europe, although she couldn’t sustain a pretense of journalistic impartiality, and the Italian government soon kicked her out of the country. Back in the United States in 1916, she joined a tour of the states led by activists from the National Women’s Party, drawing crowds wherever she went. But already an untreated infection of her tonsils had begun to poison her, and she collapsed during an event in Los Angeles. She never made it out of hospital, dying on November 25 at the age of 30.

Her martyrdom was almost as useful to the cause as her magnetic presence, although she never lived to see women’s suffrage become law the following year in New York.

Seven years after her death, TIME reported that one of her fellow activists was traveling to colleges around the country to start Inez Milholland memorial organizations, but the magazine already had to remind readers who she was, “an ardent suffragist, and an agitator for organized labor.” Her husband, the article also noted, had just married the poet Edna St. Vincent Millay. Impossible as it must have seemed to her Vassar classmates, her crowds of admirers, or the men of Greenwich Village, the beautiful and charismatic Milholland was already being forgotten. 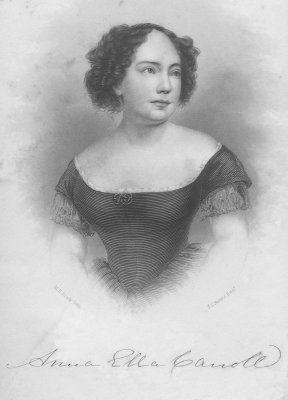 This Woman May Have Helped Win the Union Win the Civil War
Next Up: Editor's Pick