By Megan McCluskey and Eliana Dockterman

With Game of Thrones building to its series finale, it’s worth taking stock of Arya Stark‘s legendary — and dwindling — kill list.

Two of the targets on Arya’s list, Cersei Lannister and the Mountain, finally met their end in Game of Thrones’ “The Bells” episode, leaving Arya with priorities to evaluate (though some fans have already speculated Arya has a new potential target).

Before Arya killed the Night King during the Battle of Winterfell, two other names on Arya’s original kill list — Beric Dondarrion and Melisandre — perished while fighting on the same side during that epic battle.

In the first two episodes of season 8, the young Stark — who entered the House of Black and White an untested, albeit scrappy, fighter — was relatively relaxed. Encounters with former enemies like the Hound weren’t exactly pleasant, but they didn’t end in bloodshed either. By bringing justice to Littlefinger in season 7 and murdering Walder Frey in the finale of the sixth season, Arya has not only crossed most of the major names off her infamous kill list, but also finally demonstrated the payoff of nearly two seasons of Faceless Men training.

But her obsessive quest for revenge is not necessarily complete. Here are the names and crimes of everyone who has been on her kill list — that’s still living — who she intended to gift to the Many-Faced God.

Ilyn Payne beheaded Ned on orders from Joffrey Baratheon. While it’s possible he’s still alive in King’s Landing after the destructive events of episode 5, our Arya may have other plans.

Write to Megan McCluskey at megan.mccluskey@time.com and Eliana Dockterman at eliana.dockterman@time.com. 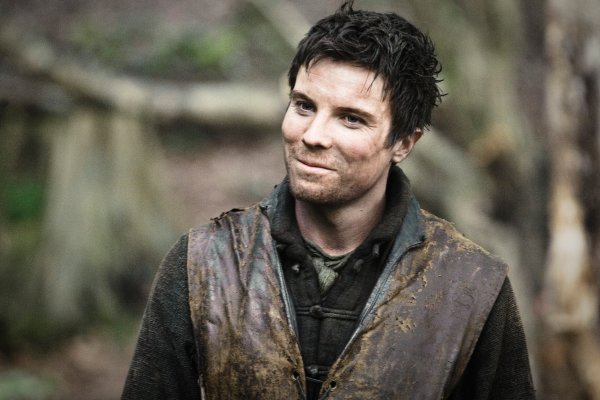 10 Questions Game of Thrones Needs to Answer in Season 7
Next Up: Editor's Pick