House Republicans on the Select Committee on Benghazi released a long-awaited final report Tuesday, finding that the Obama administration should have realized there were security risks before the 2012 terror attack that killed Ambassador Chris Stevens and three other Americans.

The 800-page report argues that the administration failed to protect the American diplomats, but it found no new evidence of wrongdoing by then-Secretary of State Hillary Clinton, the New York Times reported. The committee focused its criticism on the lack of preparedness and slow response by the government during the attack. At a press conference on Tuesday, committee chairman Trey Gowdy touted new information in the report, including details indicating that no military assets were en route to Benghazi almost eight hours after the attacks began.

“It has been said that nothing could have reached Benghazi before the lethal border attacks,” Gowdy said. “What is missing in that analysis—but is pretty simple and straightforward to those of us who have been investigating it for the last two years—is nothing could have reached Benghazi because nothing was ever headed to Benghazi.” He added that the information in the report “should fundamentally change the way you view what happened in Benghazi.”

Others on the committee voiced stronger criticism of top government leaders. “This was a failure at the most senior levels of our government and one that I hope the recommendations this committee presents will help making sure that something like this never happens again,” Kansas Rep. Mike Pompeo said.

Clinton responded to the report on Tuesday, saying the committee’s inquiry had found nothing to contradict previous investigations and criticizing its “partisan tinge.” Her campaign has long maintained the inquiry was part of a political vendetta against her by Republicans.

“I’ll leave it to others to characterize this report, but I think it’s pretty clear it’s time to move on,” she said.

White House Press Secretary Josh Earnest equated the committee’s report to an “in-kind contribution to the RNC” during Tuesday’s press briefing. “Maybe we should have a congressional committee to look at that,” he said.

Democrats on the House committee pre-empted Tuesday’s release with their own report on Monday, in which they concluded that the deaths were a tragedy but not a cover-up and that there was nothing the Pentagon could have done to save them.

“We have made great progress towards making our posts safer since 2012,” State Department spokesman Mark Toner said on Tuesday, NBC News reported. “We have been working to respond to the extensive findings and recommendations of the independent Accountability Review Board, closing out 26 out of its 29 recommendations.” 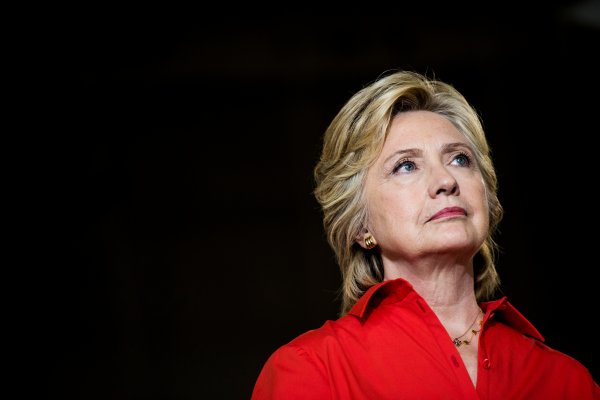