Reinhold Hanning, a former Nazi guard, was sentenced to five years in jail for his involvement in 170,000 deaths at Auschwitz, BBC reports.

Hanning was an SS guard at Auschwitz from 1942 to 1944. TIME’s Eliza Gray wrote a recent feature story on Hanning’s trial. “These new trials are considered symbolically important, a way to show that a German legal system that struggled for decades to hold ex-Nazis accountable can finally bring them to justice,” Gray wrote of the push to prosecute elderly former Nazis (Hanning is 94.)

In April, Hanning broke his silence in court. “I want to say that it disturbs me deeply that I was part of such a criminal organization,” he told the court, according to the Associated Press. “I am ashamed that I saw injustice and never did anything about it, and I apologize for my actions. I am very, very sorry.”

Gray drew her conclusion: “Perhaps the real value of the trials lies in the way they show that the Holocaust was the product not of a conspiracy of extraordinarily cruel individuals, but rather the ordinary actions of ordinary people.” 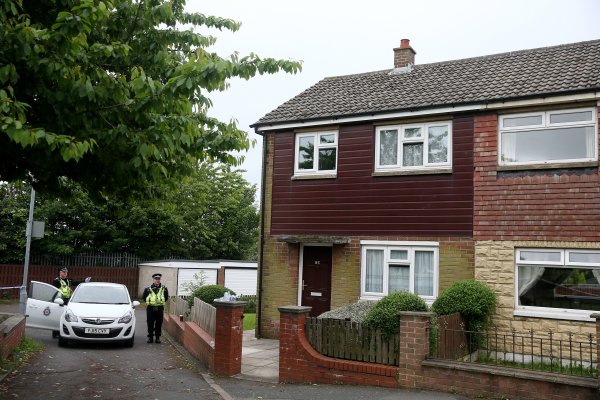 What to Know About Jo Cox's Murder Suspect Thomas Mair
Next Up: Editor's Pick