Here’s the Real Allure of Yoga

Yoga is a centuries old practice that continually attracts new people. But what gives it such remarkable staying power? A new study found that while most people pick up the practice for exercise or stress relief, many people say they keep it up for the spirituality.

In recent years, scientists have taken a closer look at yoga and how it might improve people’s health. In the report, published in the June issue of the Journal of Health Psychology, researchers looked at the motivations behind the practice. “Clinical trials are good science for showing yoga is helpful, but most people don’t come to yoga through a trial,” says study author Crystal L. Park of the University of Connecticut. “They are curious and go to a studio or a gym.”

Park and her colleagues surveyed 516 people who practiced yoga; some were certified yoga teachers and others were yoga students. Everyone in the study had taken at least five yoga classes within the last three months. The men and women were asked why they started yoga, and whether their reasons for practicing had changed over time.

The most common reasons people gave for why they started yoga was for exercise and stress. But over 62% of students and 85% of certified teachers said their reason for practicing changed as they continued, and most of these people said spirituality became their primary reason for keeping it up.

“We know that yoga started as a spiritual tradition, and people say the West has commercialized it,” says Park. “But clearly it is still holding that spiritual piece for a lot of people.”

She adds, “I think because it is such a mind-body practice people find themselves being more relaxed and more mindful, and they start going back for those things.”

People in the study reported an average of four reasons for starting yoga, which the study authors argue suggests that, from the beginning, people view yoga as “a practice with the potential to affect many dimensions of their lives,” they write. Some people said they started yoga for issues like depression and anxiety or flexibility.

The researchers acknowledge that their study didn’t look at people who quit yoga, so the findings may not be applicable to everyone—just those people who tended to stick with the practice for months or longer. And because in many practices people are asked to set an intention at the beginning of the class, the researchers say that people who practice with an intention may be more aware of their reasons for practicing yoga—and therefore more likely to report a shift in their motivations over time.

Still, the study authors argue that the people may come to yoga for the physical aspects and stay for psychological benefits. 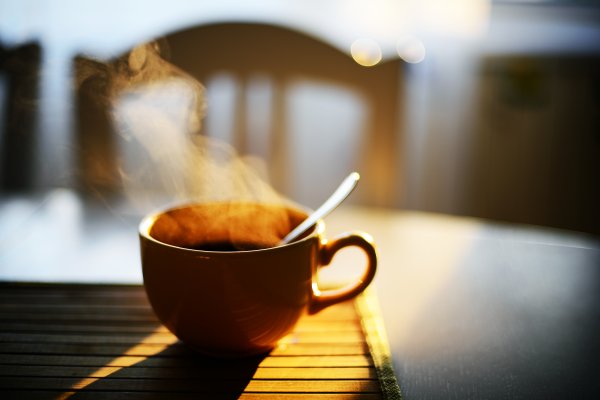 Very Hot Drinks Are ‘Probable’ Cancer Trigger, Says WHO
Next Up: Editor's Pick