You Asked: Can I Exercise After Drinking Alcohol?

It happens at least once a week: you’re intent on exercising after work, and you’ve reserved your space at the studio. But then your colleagues cajole you into a happy hour drink (or two). You could still make it to the gym, but you’re not sure that’s such a hot idea.

And you’d be right. At least when it comes to the muscle-building benefits of exercise, alcohol is an unhelpful workout partner, says John Hawley, head of the exercise and nutrition research group at Australian Catholic University. In a study published in 2014, Hawley found that athletes who knocked back a few drinks after working out had lower rates of protein synthesis—which increases muscle size and also aids muscle repair, both of which are essential if you want to build strength or stamina through exercise—compared to athletes who didn’t drink after working out. “One would expect the results to be the same for alcohol intake before exercise,” Hawley says.

Another study—this one from New Zealand—concluded that an adult beverage could also limit you muscles’ ability to take up and utilize glucose. Since your muscles rely on glucose for energy, your performance on endurance-related tasks would almost certainly take a hit, the study suggests. You’d also likely burn fewer calories during exercise and between gym visits.

Muscle physiology aside, the quality and intensity of your workouts might suffer if you’re a little tipsy. Hawley mentions impaired motor skill and athletic performance as two likely side effects of alcohol. And while a wobbly warrior pose isn’t the end of the world, weightlifting could be risky. A recent study of people who did CrossFit found rates of injury went up as a person’s form broke down.

There’s also the question of staying motivated during your workout. Assuming you find the willpower to hit the gym even after a drink, pushing yourself through that final set or steep hill-climb may prove tougher if you’ve been drinking, indicates research from England’s Edge Hill University. The study team found just smelling alcohol was enough to weaken people’s willpower.

All of this may seem like a bummer if you’re fond of both alcohol and exercise. And that’s many of us: people who work out regularly are also more likely to drink regularly, compared to their less-active buddies, found research from Pennsylvania State University.

“Both alcohol and exercise cause the release of feel-good chemicals in the brain,” says J. Leigh Leasure, director of the behavioral neuroscience lab at the University of Houston. Like the Penn State study, Leasure’s research shows it’s common for people who enjoy alcohol to engage in exercise.

The good news: Just one or two drinks, depending on your size and tolerance, probably won’t have much impact on your post-exercise muscle recovery, Hawley says.

His study included a “fairly big dose” of alcohol. (We’re talking binge-level boozing here.) And he says the relationship between alcohol and protein synthesis is likely dose dependent, meaning drinking a little would probably have only a little effect on your muscles’ ability to bounce back bigger and stronger following a workout.

Likewise, the authors of the New Zealand study determined that drinking less than .5 grams of booze per kilogram of body weight, roughly two drinks for a 165-pound adult, was unlikely to be a big deal.

You probably won’t set any personal bests if you’re spinning, sprinting or lifting after a drink. And if you’ve had enough alcohol to feel a bit loopy, you’re better off postponing your gym visit. But if you’re intent on exercising—and you exercised a little restraint at the bar—feel free to sweat a little if you can summon the willpower. 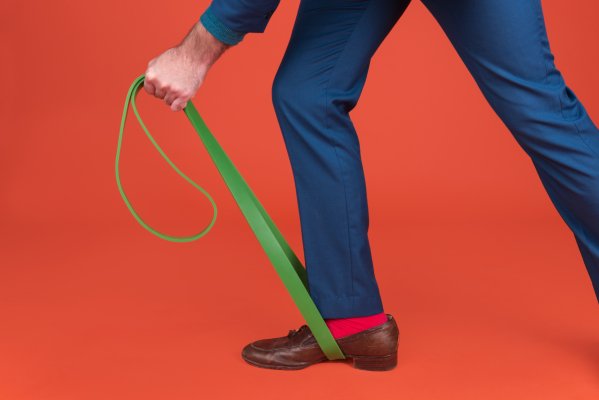 Why Your Job Affects How Much You Exercise
Next Up: Editor's Pick