Now You Can Buy Lots of Joan Rivers' Fancy Stuff

The world lost one of its greatest comics when Joan Rivers died in 2014, at the age of 81.

While Rivers was best known as a ground-breaking comedian, she was also a style icon and it was no surprise when she became part of the panel on Fashion Police, dishing out biting one-liners about unsuccessful ensembles worn on the red carpet. Rivers’ sense of style and good taste extended from the red carpet back to her home, which she filled with items of impeccable taste. Now, Christie’s will be auctioning off the collection of luxury goods, jewelry, frames, and one-of-a-kind pieces that filled Rivers’ home.

Included in the sale are gorgeous items like Fabergé picture frames and brooches, Harry Winston jewelry, desk accessories from Bulgari and Cartier, Tiffany dog bowls, Hermes silver, Louis XV chiffonieres, European antiques, 19th century oil paintings, and a silk pagoda dog bed fit for the Queen’s corgis and much, much more. The full collection is as jaw dropping as some of Rivers’ jokes.

The auction will be hold both online and live, with some of the proceeds to be donated to charity. Viewings begin in New York on June 17. 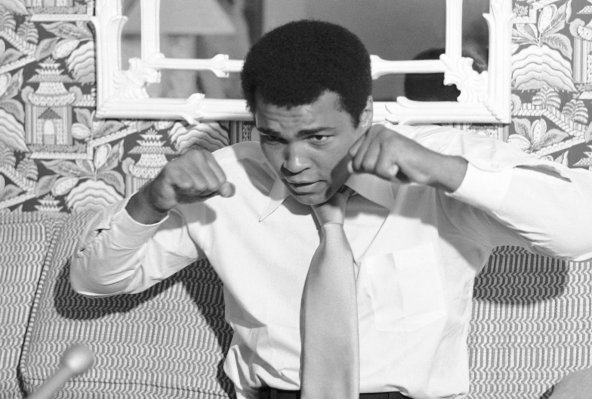 Celebrities Mourn the Death of Muhammad Ali
Next Up: Editor's Pick