Most Parents Who Spank Their Kids Say It Doesn't Work

About a quarter of parents of kids under the age of 5 say they “pop or swat” their kids a few times a week or more. About a fifth of parents say they spank their offspring regularly and about 17% say they hit their kids with objects, such as a belt or a wooden spoon. Yet the vast majority of them don’t think it’s a very effective form of discipline.

These are the findings of a new survey, commissioned by the parental education nonprofit Zero to Three, which asked a nationally representative sample of 2200 parents about their understanding of child development and their responses to common toddler behavior—such antics as touching things when they’ve been told not to, refusing to share and having a meltdown.

The survey also found that while most of the parents love having children—more than 90% of them say parenting is “their biggest joy”—they don’t think it’s easy. More than 70% of them say that bringing up kids is also their biggest challenge. And one of the hardest parts, the survey found, is discipline: figuring how to instill in a small human the qualities that will ensure he or she becomes a healthy and responsible human. Or will just make it to elementary school without poisoning or garroting themselves or their siblings.

Child development specialist Claire Lerner, who is the ‘senior parenting strategist’ at Zero to Three thinks they are right to be worried. “If you think about it, the need to limit-set and guide in the early early years—especially before children have a lot of self control—is a foundational activity that parents are involved with,” she says. “[Discipline] is about much more than correcting misbehavior.”

The survey showed, encouragingly, that most parents understood that.”When we asked them what they thought the purpose of discipline was,” says Lerner, “they said it was as much to nurture and protect as it was to correct. ”

Yet Zero to Three’s research is not alone is suggesting that some U.S. parents endorse the use of one form of spanking or another as an occasional discipline method. It might seem like an old-fashioned technique, but in fact, data shows that attitudes to spanking have changed little in 30 years and are remarkably consistent across all education levels and races, with a few exceptions. And there are psychologists—and pontiffs—who endorse it, properly administered, as one of a menu of discipline options.

But research also shows that spanking is linked to a slew of negative outcomes, especially among younger kids. As Denise Foley wrote in an in-depth examination of the practice for TIME,

So what’s with the corporal punishment? Lerner noted that parents said they often resorted to it when the child was in danger or the parent was afraid and didn’t know what else to use. During pre-interviews the group conducted with parents, she says, “we saw a lot of angst for using harsh discipline. We have stories of parents crying in another room while their child is crying. We heard a lot of real desperation from parents, saying I don’t want to do this, but I don’t know what else to do.”

Read More: How to Talk to Your Kids About Political Campaigns

Part of the problem might be that parents have an incomplete understanding of how developed the toddler brain is. Almost half of parents overshot the age at which toddlers can experience sadness and fear: 42% of them said those abilities develop at 12 months, when it’s actually three to five months. Most also underestimated when children developed the capacity to share and take turns, control their emotions or resist the desire to do something parents have forbidden, all of which don’t develop until a kid is 3 to 4 years old. Only 29% of parents didn’t expect their kid to share and take turns until that age. “Parents really overestimate just how much self control kids have in the early years,” says Lerner.

This expectations gap might be leading to frustration and fear among parents and thus causing them to resort to corporal punishment, suggests Lerner. “Calm, supportive limit-setting and guiding is hard. It takes a lot of patience. It takes a lot of getting yourself calm as a parent and it takes spending time thinking about having a plan in advance.” Busy, multi-tasking parents haven’t always got the bandwidth or tools to do that.

It doesn’t help of course, that parents are not robots and as their child gets stressed, so do they. “That’s when parents become reactive and they’re not thinking ‘what is my child trying to tell me that he’s struggling with and what does he need from me to cope in this situation?’ ” says Lerner. Indeed, one of the biggest areas of difficulty parents indicated in the survey was managing their own emotions.

Nobody is denying that toddlers can be the most infuriating and frazzling creatures on the planet. (Exhibit A: the kid who escaped into the gorilla enclosure at the Cincinnati Zoo, leaving officials with no choice to shoot and kill a beautiful and rare creature to save the kid’s life.) Helping them through that phase is a tough job. But it might be made easier if parents—and the case of the zoo, internet commenters—know that their little terror isn’t behaving that way to be bad. They’re behaving that way because it’s the only way they know. 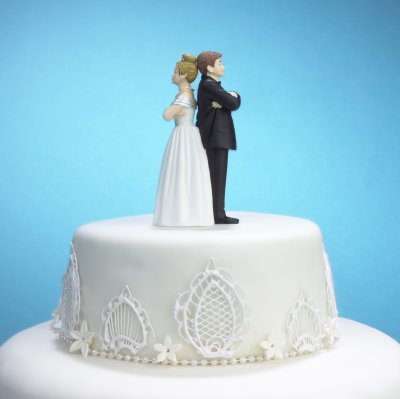 This Chart Tells How Likely You Are to Get Divorced
Next Up: Editor's Pick