Starbucks is set to start manufacturing a bottled version of its Teavana tea, the company announced Thursday.

The coffee company will partner with beer maker Anheuser-Busch to bottle the drink, which will be non-alcoholic, according to USA Today. Ready-to-drink Teavana will be on store shelves next year.

Anheuser-Busch will bottle, distribute and market the drinks. A key factor in Starbucks decision to partner with the Budweiser brewers was their already large distribution network, according to Starbucks CEO Howard Shultz.

“The values of the company coupled with the power of their distribution capability and the recognition that we’re sitting on a category that globally is larger than coffee…there is a huge opportunity here,” Schultz said on a call with media Thursday, according to USA Today.

Starbucks purchased Teavana in 2012, adding the company’s teas to its menu, later going on to sell some $1 billion worth of Teavana tea last year. 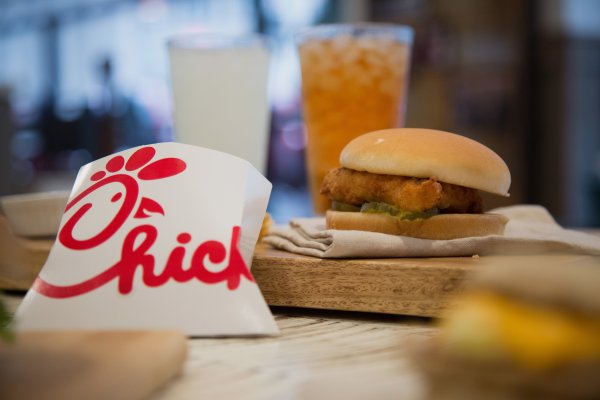 Chick-fil-A Wants You to Never Worry About Lunch Rush Hour Again
Next Up: Editor's Pick