This Is What Julia Child Said About the Big Mac

As far as food holidays go, National Hamburger Day—which falls on Saturday—isn’t exactly the fanciest out there. (National Truffle Day, for example, fell at the beginning of the month.) But in 1973, when TIME took a look at the McDonald’s “hamburger empire” in a cover story, that didn’t stop the magazine from giving the iconic sandwich its due. At the time, the fast-food chain had just recently surpassed the U.S. Army as the nation’s “biggest dispenser of meals,” even though some people saw that success as what TIME called “a devastating comment on American values.” So, the magazine asked the nation’s top voices on food to render a verdict on McDonald’s once and for all.

Instructed to keep in mind that they were eating samples from a fast-food joint and not from “an aspirant to Guide Michelin accolades,” they were given a chance to weigh in on whether popularity corresponded to taste. Here’s what Julia Child had to say:

The other reviewers were Craig Claiborne, James Beard and Gael Greene.

Read the rest of the reviews, here in the TIME Vault: Ratings From the Gourmets 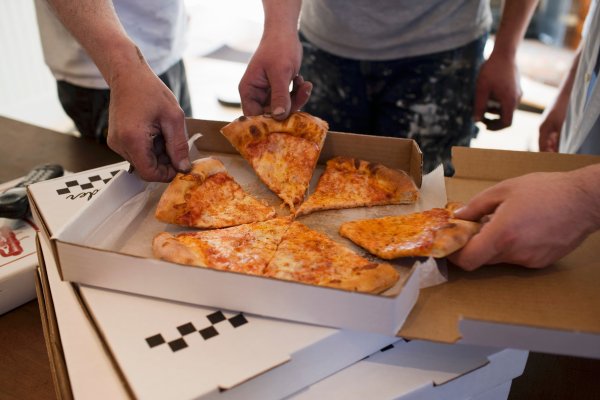 Cop Saves the Day by Dropping Off Pizza After Delivery Guy Gets Hurt
Next Up: Editor's Pick