Late Apple CEO and cofounder Steve Jobs emphasized that the stores were meant to be more than just a shopping destination. Rather, they were intended to familiarize customers with computers, the Internet, and Apple’s products.

“Literally half the store is devoted to solutions, because people don’t just want to buy personal computers anymore,” Jobs says in the video above. “They want to know what they can do with them.”

Today’s Apple Stores maintain some of the elements Jobs initially introduced, like the Genius Bar and the “theater” for showcasing products. Apple now operates 475 retail locations around the world, some of which host workshops and youth programs. 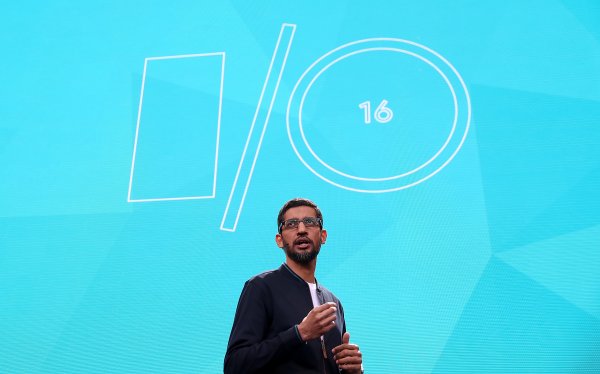 Google's Vision of the Future: Convenience With a Cost
Next Up: Editor's Pick