Over a year ago, DineEquity Chief Executive Julia Stewart found herself in the casual restaurant operator’s Kansas City, Mo., test kitchen presented with two options: Steak made on Applebee’s traditional gas-powered grill and steak cooked on a wood-fired grill.

Stewart unequivocally preferred the steak grilled over the open fire. “I couldn’t believe it,” she said. “I got hooked.”

But Stewart wasn’t sure that it was feasible for Applebee’s to change how it prepares steaks across all roughly 2,000 restaurants. “I remember saying, ‘Come on guys. You are in the test kitchen and everything is perfection,’” Stewart tells Fortune. She recalls asking: “How am I going to duplicate this?”

Now, DineEquity, parent to Applebee’s and IHOP, is going to try. Over the past few months, the company’s franchisees have removed the traditional gas grills that have become an industry standard and replaced them with new wood-fired grills across every single Applebee’s location across America.

The move is so bold it will change the taste and flavor profile of 40% of the items on Applebee’s current menu. Executives say it is the most significant initiative in the brand’s 36-year history. Burning American oak under a grill top will add a smoky flavor to not only steaks, but also salmon, chicken and pork. Any dish featuring those proteins – including a variety of salads – will have a different taste.

The investment, which includes advertising spending, totals $75 million, according to DineEquity.

“No matter how you slice it, it is a big bold move,” Stewart said. “And big bold moves make your existing guests want to come in more often and guests that haven’t been there for a while try you again.”

Applebee’s could certainly use a hit. The chain’s U.S. systemwide same-restaurant sales have slipped for three consecutive quarters, including a 3.7% drop in the most recent period. Same-restaurant sales have underperformed sibling brand IHOP for three years. Casual dining chains like Applebee’s have broadly faced a threat from the increased popularity of fast-casual rivals like Chipotle and Panera, which offer food that consumers believe is healthier fare than quick-service restaurants but without the table service offered at concepts like Applebee’s.

Broadly, fast-casual chains are reporting far stronger sales of late. Research firm Technomic estimates that sales grew 11.5% at fast casual restaurants in 2015 from the prior year, while casual dining only posted a 3.5% increase. Total U.S. restaurant sales were up 5% across the entire industry. Applebee’s admits it lagged the overall casual dining segment last year.

Applebee’s on Monday is kicking of a media campaign that will consume the rest of 2016. The aggressive advertising plan includes national television ads, as well as spots on Pandora, YouTube and Snapchat. The TV ads linger on the steaks cooking on the wood-fired grills, asking “Does this look like a microwave to you?”

Executives say the tone is purposeful. It gives viewers a closer look at the food at a time when most casual dining ads are fast paced with quick shots of various dishes and drinks. the ad is also being used as a way to combat the recent unfavorable perception some consumers have about how casual dining chains prepare their foods.

“We still do a lot of back of house prep,” said Darin Dugan, senior vice president of marketing. “The perception is that it’s a bit processed. This flies into the face of that misperception.”

There’s another layer to this initiative. Applebee’s is converting to USDA Choice steaks (previously, steaks that were used weren’t graded) and is hand cutting them in house on a daily basis. That meant that the company had to train over 100,000 team members about the change, including servers that would need to highlight and sell the new steaks to diners.

Applebee’s would need to train 6,000 meat cutters, roughly three per restaurant, to be able to cut the steaks evenly on a daily basis. That required about 60,000 hours in training.

Stewart says the change is significant because unlike a traditional limited time offering, it cannot be easily replicated. The chain’s “2 for $20” promotion, first introduced in 2009, has been widely copied, as have certain menu innovations. But not every rival is going to quickly move to convert grills like Applebee’s has.

“There is this perception of a sea of sameness in the category,” Stewart says. “And we needed to differentiate.” 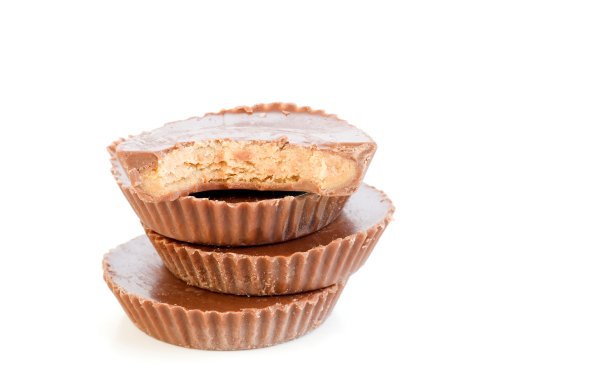 Reese's Pieces-Stuffed Reese's Cups Are Coming to Fulfill All Your Candy Dreams
Next Up: Editor's Pick