The White House and Kensington Palace are both talking some major smack over the upcoming Invictus Games.

Friday morning, First Lady Michelle Obama tweeted a video from her official account of her and President Obama looking stern.

“Hey Prince Harry, remember when you told us to bring it at the Invictus Games?” the First Lady asks, arms crossed.

“Careful what you wish for,” the President says, before an American serviceman behind him says, “Boom.”

But Prince Harry struck back with a trump card in his video: the sass of his grandmother, Queen Elizabeth.

In his response clip, Harry shows the Queen the Obamas’ video, to which she dismissively says, “Oh really? Please.”

The Invictus Games are a competition for wounded veterans; the inaugural games were held in London in 2014, hosted by Prince Harry, and this year they will be held in Orlando, Fla., from May 9-12. 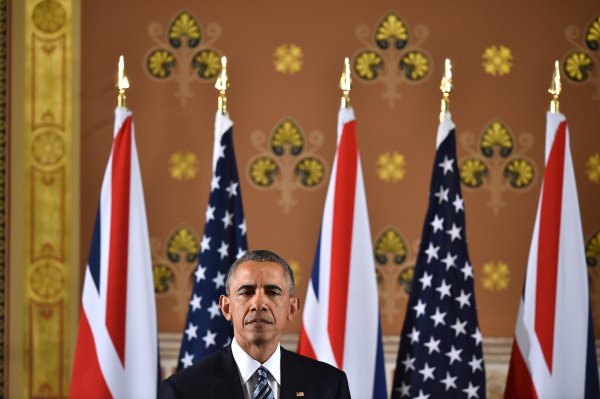 Obama Listened to 'Purple Rain' and 'Delirious' to Remember Prince
Next Up: Editor's Pick