How to Get a Better Night’s Sleep Tonight

You’ve powered down your devices, tried the whole bedtime ritual thing and sipped on so much sleepy-time tea that you can’t help making at least three trips to the bathroom throughout the night.

But if you’re like more than one-third of American adults, you still don’t get even seven hours of sleep per night, according to the U.S. Centers for Disease Control and Prevention. Current guidelines recommend sleeping for seven to nine hours every single night, both to increase energy levels and to lower the risk of obesity, hypertension, Type 2 diabetes, heart disease and depression.

Meanwhile, for even more adults, hours spent snoozing aren’t all that restorative, says Dr. Phyllis C. Zee, a neurologist and director of the sleep disorders center at the Northwestern University Feinberg School of Medicine. Even if you don’t wake up throughout the night (which most of us do), the foods you eat, your bedroom environment and your general lifestyle habits can keep you from following a healthy pattern of sleep stages throughout the night, she says.

Subscribe to the Motto newsletter for advice worth sharing.

And while getting quality sleep isn’t an excuse to scoot by on less than seven hours of sleep per night, if your sleep is grade-A quality, you might be able to fully rest up on slightly less sleep than you’ve needed in the past, says Zee. That ups your chances of (1) making sleep fit into your crazed schedule and (2) actually feeling energized for a change.

Here, research reveals four ways you can pull it off:

1. Turn down the thermostat
Sixty-five degrees is the optimal temperature for sleeping, according to the National Sleep Foundation. That’s because, throughout the day, your circadian clock alters your body temperature right along with your energy levels. And when your clock says it’s time for bed, you experience a rapid decrease in your core body temperature, says Zee. In fact, from the beginning to middle of the night, your temperature drops about 3 degrees Fahrenheit, allowing you to enter the deepest stages of sleep. Keeping your room cool (you don’t necessarily have to go as low as 65 if it feels too cold for comfort) facilitates this process, while temperatures higher than the low- to mid-70s are known to impede the brain’s ability to switch to sleep mode.

Read more: How to Have a Productive Day, According to a Navy SEAL

2. Exercise as early in the day as you can
Research suggests that regular exercise improves sleep quality and duration. And while the effects are generally seen sooner in people with sub-clinical sleep problems, after four months of regular exercise, a gym membership can prove as (or even more) beneficial than most sleep medications even for those with serious cases of insomnia, suggests Zee’s research.

Apart from reducing stress and anxiety, regular exercise increases the amount of time you spend in deep sleep, she says. And while studies are at odds over the best time of day to exercise, if you find evening workouts interfering with your sleep quality, it’s best to make sure you give yourself at least three hours after leaving the gym before you hop into bed, says Dr. Clete Kushida, medical director of the Stanford Sleep Medicine Center. Exercise temporarily raises levels of hormones and neurotransmitters that can leave some people feeling amped up for hours.

3. Skip the nightcap
By acting on your brain’s GABA receptors, that glass of wine may help you fall asleep. But, unlike sleep meds, which also work on GABA, alcohol targets sub-receptors that are more related to sedation than actually sleepiness, Zee says. So even though alcohol may help you fall asleep, it won’t help you stay asleep. In a 2015 study, researchers from the University of Melbourne found that alcohol increases the sleeping brain’s alpha wave patterns—which typically only occur when people are awake—to seriously disrupt sleep. In fact, they said the sleep disruptions are similar to those experienced when receiving small electric shocks throughout the night.

If you like to have a little relaxer after work or with dinner, just make sure that you wrap things up three to four hours before going to bed, recommends Dr. Alon Y. Avidan, director of the UCLA Sleep Disorders Center. That will give your body plenty of time to metabolize any alcohol from your system so that it doesn’t interfere with your brain patterns during sleep. Also, that should give you enough time for any diuretic effects to take hold before you try to go to sleep.

Read more: How to Take the Perfect Nap

4. Nix even the occasional cigarette
While we hope you know smoking isn’t a healthy activity, most women would be surprised to hear that it affects your sleep patterns—and for the worse. While nicotine in itself is a stimulant, potentially triggering insomnia and mid-slumber awakenings, people who currently smoke are also 2.5 times more likely to suffer from sleep apnea, a condition in which you temporarily stop breathing during sleep, according to research from the University of Nebraska Medical Center. That’s because smoking triggers inflammation in the nose, throat and bronchiole tube that can cause both swelling and excess mucous production, essentially blocking your airways, Zee explains.

Even more surprising, 2014 research from the University of Rochester Medical Center shows that smoking cigarettes disrupts the circadian rhythms of both the lungs and brain to disrupt sleep quality. 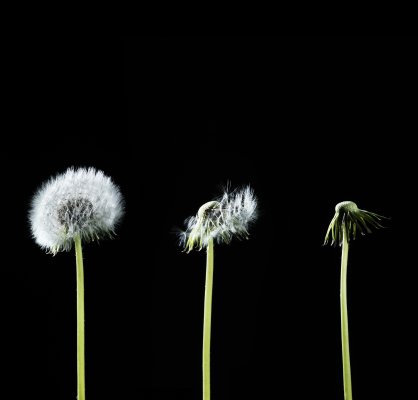 Why I Celebrate Mother’s Day Even Though I Don’t Have a Child
Next Up: Editor's Pick