Michelle Obama's Viral Turnip Vine Is Back — With Steph Curry

Michelle Obama is known for coming up with unique — and entertaining — ways to encourage people of all ages to live healthier lifestyles. Back in 2014, the White House released a Vine that showed the First Lady saying the words, “Turnip for what?,” as DJ Snake and Lil Jon’s song “Turn Down for What” played in the background. The video quickly went viral and has since been watched nearly 50 million times to date.

Now, FLOTUS is back with a remix of the hit Vine that features Golden State Warriors guard Steph Curry and his wife Ayesha Curry getting in on the root vegetable action. Her official Twitter account tweeted out the clip on Tuesday with the caption, “In honor of turnips being planted in the Kitchen Garden today.” 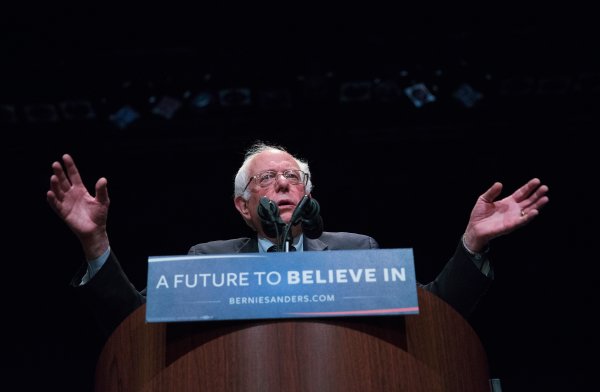 Bernie Sanders Has Already Won His Revolution
Next Up: Editor's Pick