Former Supreme Allied Commander: Why NATO Is a Necessity

After four years as the Supreme Allied Commander at NATO, I can understand some of the frustrations that are being bandied about: The European allies don’t pay enough, the organization is a relic of the Cold War, NATO has lost its mission and is obsolete. While Donald Trump is leading the band, there are certainly plenty of other detractors, and all of the criticisms have a grain of truth to them.

Yet so much of life is “compared to what?” As I look around the world, I am hard pressed to see any other pool of potential partners that would stand so consistently alongside the United States and provide such meaningful contributions to our security and global stability as the NATO partners.

Let’s start with defense spending. While most of the European partners (and Canada) fail to meet the self-imposed goal of spending 2% of their Gross Domestic Product on defense, they are still spending collectively $300 billion. That is more than China and Russia combined, and is easily the second-largest defense spending budget in the world when taken in the aggregate. Why would we want to abdicate our leadership role and walk away from the organization that spends more than anyone other than ourselves?

It is also worth noting that insofar as the $600 billion of U.S. defense spending is concerned, much of it goes to protect other parts of the world (Asia, for example) and is not contributory to NATO defenses. When viewed in that light, the actual NATO-oriented spending by Europe and the U.S. is far closer. Of the actual NATO budget (as distinct from national defense budgets), by the way, the U.S. only provides 22% of the total.

More important, most of the Western European partners operate at the highest technological level and have the best trained troops in the world outside of our own. The British, French, German, Italian, Spanish and other major actors on the European side (and our Canadian colleagues on this side of the pond) have superb weapons systems, very capable military leaders and have demonstrated their ability to fight alongside us in Afghanistan, Iraq, Libya, the Balkans, on piracy missions and even in cyberspace. Their senior military leaders have all fought alongside us in real combat, and carry significant international experience in the toughest conditions.

Additionally, NATO is decidedly not a Cold War relic. When I was Supreme Allied Commander, I had over 170,000 NATO troops from all 28 nations fighting on three continents in post-Cold War missions. Of the 140,000 troops under NATO command in Afghanistan, about 50,000 came largely from our European Allies, and hundreds of them died there. On a per capita basis, nations like Canada, the Netherlands, Estonia, Great Britain and others endured high losses in combat. And yes, Mr. Trump, they were fighting terrorists in Afghanistan. Today’s NATO is not refighting Cold War battles, but is most definitely engaged in the transnational threats we all face together.

In addition to the post-Cold War activities (counter-terrorism, peacekeeping, cyber-security and so forth), NATO is today also exercising its collective defense structure by deterring Russia from further adventurism in Europe. Having now watched Vladimir Putin occupy parts of Georgia, Moldova, Ukraine, and annex Crimea, we should all realize that his greatest desire is to break apart the NATO alliance so that he can exercise even greater influence in Europe. Therefore, the NATO exercises, training missions and deployments to the eastern border of the alliance are critical and necessary in today’s world—keeping the peace in Europe that the U.S. fought for twice in the 20th century.

And it is increasingly clear that NATO will need to respond to events on its southern border as well, as ISIS threatens NATO ally Turkey, and jihadists flood back to Europe from the battlefields of Iraq and Syria. Already many of the NATO allies are participating in the anti-ISIS coalition, and there is increasing likelihood that the alliance will form part of the training mission in Iraq.

Lastly and most important, we should continue to support and lead NATO for the most significant of all reasons: The partners share our fundamental values. Where else in the world would we find such a pool of treaty partners who value freedom, liberty, democracy and all that we cherish? We have stood together since the end of World War II, when the first Supreme Allied Commander, General Dwight Eisenhower, helped create the ethos and capability of the young alliance that followed the leadership of the United States. NATO continues to have deep and real capability and influence in the world. We would throw all that away today at great peril, and rue the decision deeply. 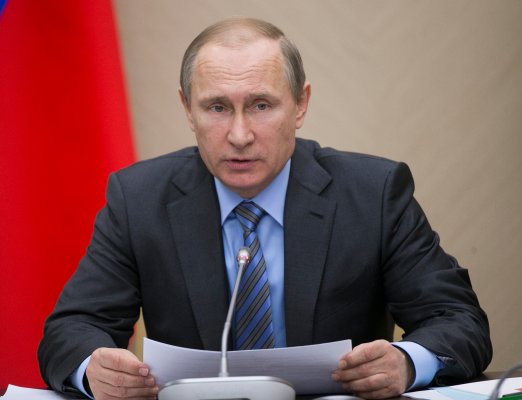