This Graphic Shows What Happened at the Last Real Brokered Convention

By Lily Rothman and Heather Jones

As Donald Trump continues to rack up wins in the Republican primaries, the political class is increasingly debating whether he could be stopped at the party’s convention. In that scenario, which is known as a brokered or contested convention, Trump would enter the July gathering with the most delegates, but not enough to clinch the nomination, which would then free the party’s delegates to potentially select a different nominee.

That may sound undemocratic, especially to Trump’s followers. And while it hasn’t happened in more than six decades, such brokered conventions used to be fairly common.

Here’s how it went down in the last true brokered convention, when the Democrats gathered to pick their presidential nominee in 1952:

Frontrunners heading into the convention were Sen. Estes Kefauver, a liberal from Tennessee who won many early primary contests; Sen. Richard Russell, a Georgian who appealed to segregation-minded Southern whites; and Illinois Gov. Adlai Stevenson, who was seen as President Harry S. Truman’s preferred successor but was late to throw his hat in the ring. Adding in about a dozen candidates of smaller political stature, it was little surprise that no candidate had the majority needed to carry the nomination on the first vote by the delegates. (That year the magic number was 615.5—the awkward halves came from states splitting their votes—out of 1,230.) When nobody got a majority in the first ballot, another round of voting was held, on the idea that the results would lead candidates to withdraw or un-pledged delegates to change their votes.

But as this graphic shows, the big change came between the second and third round of ballots. It’s a change that speaks to the power of the personal in politics. That’s because the second ballot wasn’t followed immediately by the third. Instead, the convention broke for dinner.

It was during the break that Truman and other party potentates made the rounds to speak to the candidates, pleading for party unity and doing a bit of old-fashioned horse-trading. Those private conversations led candidates to withdraw and state delegates to change their votes. By the time the third ballot was held, Kefauver and Russell had publicly congratulated Stevenson on his nomination. In retrospect, Stevenson’s victory was called inevitable—even though the compromise candidate had continued to insist, up until the very last minute, that he wasn’t even running. Meanwhile, Kefauver, who had made a splash in the primaries and dominated the first round of nomination voting, got nothing (though he remained in the Senate).

Read more: 14 Questions You Were Too Embarrassed to Ask About Blocking Donald Trump at the GOP Convention

Of course, 1952 isn’t 2016. There were far fewer actual primaries then, so it was easier for delegates to shift their votes without seeming to neglect the will of the people, and convention rules have changed over the years. (An earlier rule change requiring a majority rather than a two-thirds vote, for example, had prevented situations like the 1924 convention that required 103 ballots.) But the multiplicity of candidates and the hope for a compromise may well offer some insight for the current fight.

And one parting note for the Republican Party: the last candidate to have been nominated in a contested convention and go on to win the White House was Franklin Roosevelt in 1932.

Read TIME’s coverage of the 1952 Democratic convention, here in the TIME Vault: The Big Battle 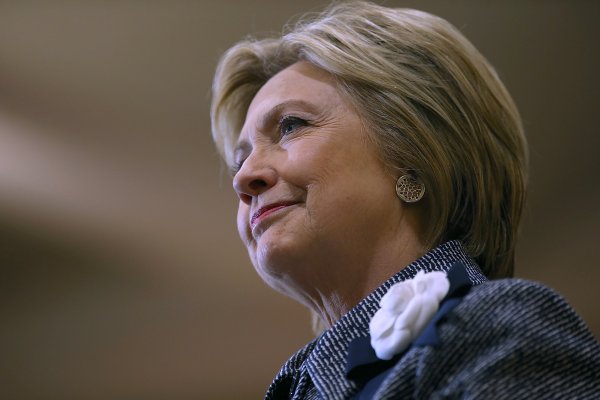 The Self-Fulfilling Prophecy of Disliking Hillary Clinton
Next Up: Editor's Pick