Kraft Changed Its Mac & Cheese Recipe and No One Noticed

Kraft's macaroni and cheese sits on a shelf in Washington on April 21, 2015.
Nicholas Kamm—AFP/Getty Images
By John Kell / Fortune

Kraft Heinz is claiming it has pulled off a rare food industry coup: Almost no one noticed the quiet rollout of the company’s reformulated recipe for its iconic macaroni & cheese.

Kraft says it sold over 50 million boxes of the new recipe, which began to hit retail shelves in December, with very few people noticing the change. The new formula replaced artificial dyes with ingredients like paprika and turmeric to maintain the bright yellow color that the mac & cheese is known for. There are also no artificial flavors or preservatives in the new recipe.

“We knew the new product tasted just as good as the old, exactly in line with what fans had expected,” Greg Guidotti, vice president of meals at Kraft Heinz told Fortune. “We wanted fans to experience that new recipe for themselves without being prompted.”

Unlike other reformulations that have been widely touted by food and beverage executives, Kraft Heinz opted for a more subtle unveiling. Though it signaled last year that Kraft Mac & Cheese’s formula would change, it didn’t unveil the ad campaign or new labeling on boxes until after the change occurred. A new ad features formerSportsCenter and The Daily Show anchor Craig Kilborn.

The push is part of the $50 million additional investment in U.S. advertising that Kraft Heinz executives promised for this year. Chief operating officer Georges El-Zoghbi told analysts last month that the changes to the recipe were to ensure mac & cheese “is more relevant today than ever before.”

Kraft Mac & Cheese isn’t alone in facing challenges in the grocery store. Many legacy brands have sought to reformulate their iconic brands in a bid to meet changing interests in what consumers, in particular millennials, want. Other well-known brands that have undergone changes in recent years include Cheerios and Quaker Oats, which each now feature gluten-free options, and a reformulated Diet Pepsi.

Legacy brands like Kraft Mac & Cheese have found themselves threatened by upstarts like Annie’s, which is itself now owned by larger rival General Mills. Annie’s already says it’s boxed noodle products feature real cheese and no preservatives or artificial flavors. Now Kraft can aggressively make the same claims too.

Guidotti says Kraft Heinz is planning to target parents with young children, saying that’s a core group it feels it can lure back to the company’s new mac & cheese products.

“Consumers never want us to mess with the look or the taste of the product they love,” he says. “But if they can feel better about it because of the ingredients that are in it, that’s all for the better.” 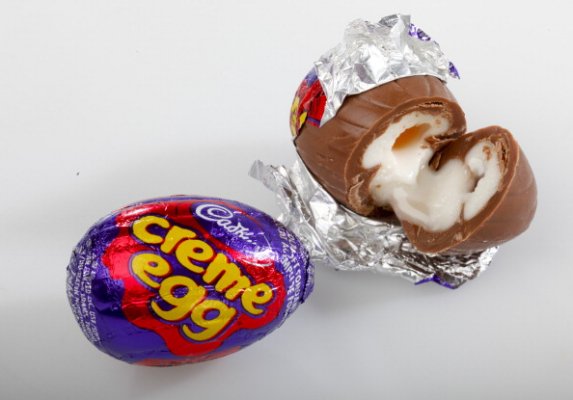 Stop Everything: There's Now a Cadbury Creme Egg Pizza
Next Up: Editor's Pick