On Monday’s episode of The Late Show, Stephen Colbert explained that he usually needs a break during the super-long Academy Awards.

“At the Oscars halftime, I like to switch over to the Puppy Oscars,” Colbert said, “which we had to make ourselves because they don’t exist.”

Colbert rounded up a bunch of adorable puppies, who are all available for adoption, to recreate the ceremony. The pups, dressed up in outfits they can’t quite move around in, strut their stuff on the red carpet and recreate scenes from Best Picture nominees.

Colbert really seems to enjoy featuring dogs on his show, because just a few weeks ago, he hosted his own version of the Westminster Dog Show. One of the dogs from that video, a 15-year-old toothless pug named Dexter, makes a cameo in the Puppy Oscars video. 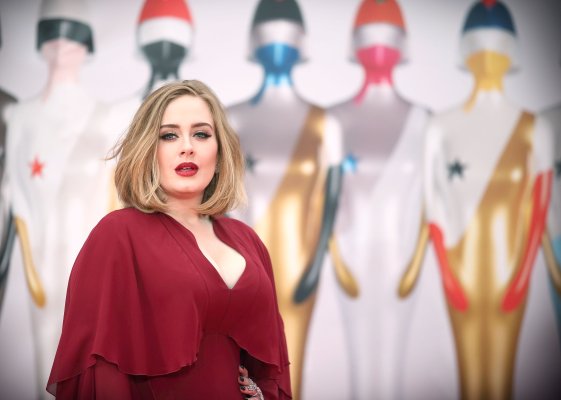 Watch Adele Help a Fan Propose To Her Boyfriend
Next Up: Editor's Pick