The Police Misconduct Caught on Tape Before Rodney King

Rodney King pleads to rioters to make peace on May 1, 1992 in Los Angeles
Douglas Burrows—Getty Images
By Lily Rothman

When Rodney King died in 2012—almost exactly two decades after his 1992 beating became the most famous example of police brutality caught on video—the writer Touré noted in TIME that what happened at the hands of Los Angeles cops did not make King special. “What separated [the incident] from others was that 81 seconds of it was surreptitiously videotaped by a stranger, giving the world a look at the police coldly and cruelly beating a black man,” he wrote.

That difference, the infamous tape, has placed Rodney King at the start of a continuum that stretches ever on, as citizen-filmed footage and police-worn body cameras and dash-cams reshape our understanding of the relationship between law enforcement and the public they’re sworn to protect. The camcorder footage of King’s savage beating did mark a critical moment in America’s long and tangled racial history, but it was not the first incident of police misconduct to be caught on camera.

Home movies had been around for decades by the time King had his run-in with the police, and Americans had gotten used to filming all kinds of moments from daily life. In the early years, however, those cameras were clunky, only able to capture short, soundless clips. That changed by the late 1970s with the advent of video tape recorders and then easy-to-use 8-mm camcorders. By 1991, plenty of people had and used video cameras. While most used them to chronicle birthday parties and days at the beach, they were also used to capture some galling examples of police misconduct. When the news of King’s beating broke, TIME rounded up just a few examples of “America’s ugliest home videos,” including:

Those four examples, however, would prove to be only half parallel with the King case. Despite the video footage, which had been captured by a man named George Holliday, a criminal jury did not find the four officers who were tried in the case to be guilty. The footage did, however, help puncture the idea that such events almost never occurred, as one TIME reader wrote in a letter in April of 1991. “How could the beating of Rodney King be an isolated event?” asked Rob Adelman of Westminster, Calif. “The odds against capturing it on videotape are enormous unless such occurrences are more common than we thought. And why did nobody ever hear racist communications between police officers before? Could it be that someone was listening and didn’t care?” 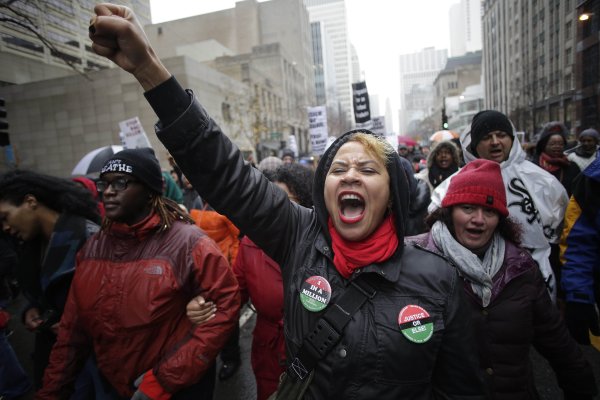