Stephan James on Why It's Wrong to Call Race 'Timely'

The title of the new Jesse Owens biopic Race, which opens Feb. 19, has a double meaning as obvious as the Olympian’s dominance was indisputable. But Stephan James, who plays the track and field star, says it’s wrong to look at the story strictly in terms of race. “It wasn’t about black or white,” he tells TIME. “He was just the fastest man on the planet at that point in time. If Jesse Owens was white, he’d still be considered a legend. What he did in Germany was incredible.”

What Owens did at the 1936 Berlin Olympic Games—namely, nabbing four gold medals despite the fact that Hitler initially sought to bar African Americans from competing—is the climax of director Stephen Hopkins’ new film, but not its focal point. The central drama is mostly psychological, hinging on whether Owens should acquiesce to the NAACP’s demands that he boycott the Games as a statement against Nazi racism, or send a message to Hitler by participating and obliterating the competition.

That seismic decision is one James carries with convincing gravity. But the emotional depth exhibited by the 22-year-old Canadian actor, who got his start on Degrassi: The Next Generation and played civil rights leader John Lewis opposite David Oyelowo’s Martin Luther King, Jr. in Selma, would have meant little had he not succeeded in convincing audiences that he was an unparalleled sprinting machine.

“I knew I had my work cut out for me when I was told I was going to be playing the fastest man on the planet,” he says. So he traveled to Georgia Tech two months before filming to train with the coaches there. First, he worked on general conditioning to ensure he’d be able to sustain the amount of running required for shooting. Next, he worked on improving his speed. And finally, he learned to emulate Owens’ specific motions by studying tape of his stride, his starting position and even his facial expressions while running. And despite the last eight decades of advances in physical training techniques, he sought to maintain authenticity by sticking to exercises used in the 1930s.

Neither Owens’ feats of athleticism nor his inner turmoil are performed, in Hopkins’ retelling, in a vacuum. His two key relationships in the film are with his wife-to-be Ruth (Shanice Banton) and his Ohio State coach Larry Snyder (Jason Sudeikis), the latter of whom is central to both Owens’ preparation for Germany and, ultimately, his decision to go.

A movie about a heroic figure in American history who happens to be black, at a time when race relations are fraught and discussions of diversity in Hollywood are frequent, is likely to invite such adjectives as “timely” and “relevant.” But James takes issue with that characterization. “People make so much of whether this film is ‘timely.’ I really think that a Jesse Owens story is timely at any point. It’s so much bigger than a black and white thing. This is a story of inspiration, a man who did incredible things during a time when everything was set out against him.”

It’s also a story of a man who, despite his remarkable accomplishments, returned to an America reluctant to fully embrace him as a national treasure. President Roosevelt never congratulated him, and it wasn’t until Gerald Ford took office, forty years after the Games, that he received acknowledgement from the White House. There were a lot of things about Owens’ story, James says, “that made me upset, that made me sad, angry even. He went over to Berlin, did what he did on the biggest stage, and [came] home to an America that still was not perfect. He was still black—he couldn’t change that.”

To James, Owens is a hero, but on a scale beyond the heroism that’s often ascribed to him. “He’s so much bigger than a black hero. So much bigger than an American hero. He’s really a world hero,” says James. “We can’t limit people to their blackness.” 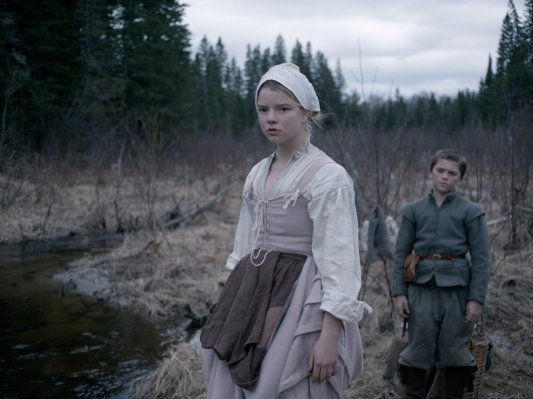 The Surprising True History Behind 'The Witch'
Next Up: Editor's Pick