The spread of Zika virus across the Americas reminds us that a health crisis anywhere can rapidly become a health challenge everywhere. The current outbreak demands an urgent, coordinated and collaborative response by the international community to tackle the virus and its spread.

History teaches us that our response must also be rational and humane. The early years of the HIV/AIDS epidemic demonstrated the dangers of letting fear dictate policy. As families understandably struggle with the anxiety and uncertainty from this new threat, we must ensure we are guided by facts and science.

Here’s what we know about Zika virus. It was originally discovered in East Africa in 1947, and only a dozen or so cases were recorded over the next 60 years. Then in 2007, a small outbreak occurred in Micronesia. Six years later, around 30,000 people were infected in French Polynesia. The first cases in South America were recorded in May 2015. Nine months later, Brazil faces an estimated 1.5 million infections, with documented cases in 28 countries or territories, mostly in the Americas. The majority of people infected with Zika will not suffer any symptoms or long-term effects, but the virus has been accompanied by a worrisome jump in the incidence of microcephaly—babies being born with very small heads, and often severe cognitive disabilities.

Here’s what we know about microcephaly. It is usually a rare condition. In 2014, just 150 cases were reported out of 3 million births in Brazil. Since October 2015, there have been more than 4,000 cases in newborns. This increase, though not yet definitively caused by Zika infection, has generated a new urgency in the international community’s approach to the disease.

Brazil, which rapidly detected Zika and established potential associations with microcephaly, is an example of what health systems can do when they are well-equipped for the detection, monitoring and reporting of infectious diseases. Their prompt reporting of this data enabled Brazil and the world to act. But as the 2014-15 Ebola crisis in West Africa demonstrated, not all countries have these systems, and it is essential to strengthen health monitoring and reporting everywhere to help the world respond rapidly and effectively to potential pandemics.

Another lesson from Ebola that the world has learned is that international organizations must respond rapidly and in close coordination, as WHO, PAHO and CDC are doing now.

There’s a lot we still don’t know. The link between the virus and microcephaly is not fully understood. While the virus does not pose a significant health threat to most people, there is evidence that it is a serious risk to pregnant women and newborns and may cause nerve damage in a small percentage of people.

The WHO has now classified the increase in microcephaly cases in the Americas a Public Health Emergency of International Concern, reflecting the urgent and global level of this challenge. This classification calls for increased surveillance to detect Zika cases and subsequent detection of microcephaly.

In response to the crisis, Brazil and other affected countries are working to significantly reduce mosquito populations, and to educate people on how to protect themselves from infection. A comprehensive approach to this challenge will also need new tools, including rapid diagnostic tests to confirm Zika infection, as well as new and more effective ways of stopping mosquitos from spreading the virus. And we will ultimately need a vaccine—but this will likely take years.

At the Bill & Melinda Gates Foundation, we are committed to ensuring everyone has the opportunity to live a healthy, productive life, by supporting the development and delivery of better health care solutions. Combating infectious diseases that disproportionately affect the poor is one of our core missions.

Understanding how diseases are passed from mosquito to human will be a crucial element of any anti-Zika strategy. We have supported epidemiological research to define risk factors for these vector-borne illnesses. In addition, the science of mosquito control is promising. A number of countries are already field-testing an approach involving deploying a natural mosquito bacterium, Wolbachia, to reduce transmission of another mosquito-borne pathogen, dengue, in affected areas. Our discussions with partners and governments have centered on responsible ways to accelerate and effectively scale up these efforts targeting the Zika virus. But this species of mosquito is a wily foe, well-adapted to human environments—able to breed in bottle caps and discarded plastic bags—and extremely difficult to eliminate. It will take all the ingenuity of modern science to come up with completely effective and sustainable solutions.

Our experience with other vector-borne diseases such as malaria, dengue, yellow fever, and Chikungunya shows that we cannot wait for global crises to appear before making investments in health surveillance and research and development for emerging and neglected diseases. The Zika outbreak provides another stark reminder of the need to prepare now for tomorrow’s crisis.

Dr. Chris Elias is the President of the Global Development Program at the Bill & Melinda Gates Foundation where he leads the foundation’s efforts in a diverse range of program areas aimed at finding creative new ways to ensure solutions and products get into the hands of people in poor countries who need them most.

Dr. Trevor Mundel is the President of the Global Health Division at the Bill & Melinda Gates Foundation where he leads the foundation’s efforts in research and development of vaccines, drugs, and diagnostics to address major global health challenges in the developing world. 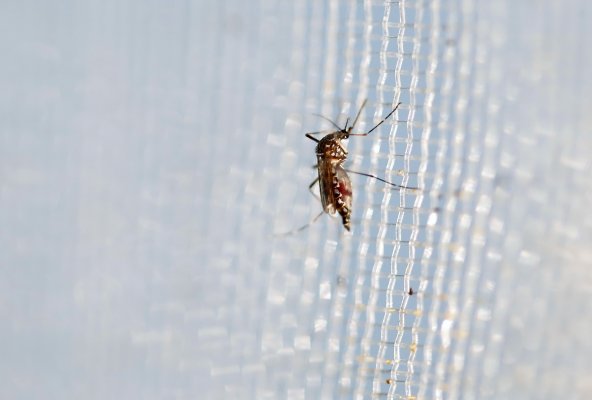 Three Deaths in Colombia Linked to Zika Virus
Next Up: Editor's Pick