Dressed as hot dogs, a pack of pint-sized pups make a sprint for the condiments they can’t live without in Heinz’s Super Bowl 50 ad. The spot shows an adorable group of wiener dogs running across a field to reach a family of ketchup, mustard and BBQ sauce while Harry Nilsson’s “Without You” plays in the background.

“From the beginning of the creative process, we tried to find something simple, visual, and fun to communicate that hot dogs can’t resist the great taste of Heinz,” said Anselmo Ramos, founder and CCO of creative agency DAVID Miami, in a statement.

Read More: The Best and Worst Super Bowl Ads of 2015

The commercial is part of a new Heinz campaign called “Meet the Ketchups,” which is focused on showcasing the company’s condiment offerings. A 30-second version of the ad will air during the third quarter of Sunday’s game and a minute-long extended cut has been posted to YouTube. 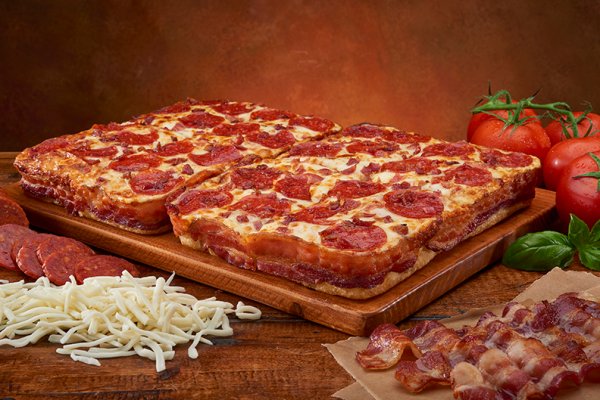 Bacon-Wrapped Pizza Is Back Because You Need Something to Get You Through Winter
Next Up: Editor's Pick