Beer drinkers lost interest in one old-school pale lager, until the brew started being sold in cans from the 1970s. An endorsement from Ron Burgundy probably helped too.

The recent evolution of alcoholic beverage preferences has been dominated by the rise of craft beer, as well as a steady shift to wine and liquor and away from traditional mass-market beers such as Budweiser. Miller Lite is one of the many brands that has seemed past its heyday, with reports routinely noting sales declines in the “mid-single digits” in recent years.

But a funny thing has happened to Miller Lite. Over the last few months, sales have surged—in particular, sales of Miller Lite cans. To juice sales of sagging brands, beer manufacturers have toyed with all sorts of “can-o-vations” of late, including wide-mouth openings and weird “bowtie” designs. Miller went a different way, selling Lite in retro ’70s-style white cans featuring the original logo and design.

The new (old?) can was launched to coincide with the December 2013 release of the Will Ferrell comedy “Anchorman 2: The Legend Continues” (there’s some product placement, of course). The retro cans were only supposed to be around for a few months, but sales have been so strong that MillerCoors just announced they’ll be sold nationally at least through the end of September. One beer distributor in Philadelphia told the Chicago Tribune that his Miller Lite can sales are up 18% this year, and sales of Lite 30-packs are up 27% compared to a year ago.

Speaking to AdAge, MillerCoors Chief Marketing Officer Andy England said that the retro Lite cans are popular with older drinkers “because they remember it and it brings back great memories,” while “millennials really like it because of its authenticity, which is such an important trend these days.”

Pairing up with Ferrell and his mustachioed alter ego Ron Burgundy probably didn’t hurt the cause. Ferrell’s famous fictional anchorman has already proved successful in the selling of Ben & Jerry’s ice cream and Dodge Durangos, and the real-life “Anchorman” Will Ferrell has a history of endorsing old-school beers—namely Old Milwaukee, which bizarrely featured Ferrell in commercials airing randomly in Sweden and Nebraska, among other places. So it makes sense the movie about the throwback TV anchor would include a tie-in with a throwback beer brand.

Lite isn’t the only fading brew getting a second wind. Its sister old-school brand, Coors Banquet, has also been enjoying a sales renaissance, and it too owes its recent success at least partly to retro packaging: MillerCoors (re) introduced the beer in stubby “heritage” bottles of yore last summer. Meanwhile, Pabst Blue Ribbon, has famously been enjoying its status as the old-school hipster beer of choice, without ever launching a retro design—because the brand has always essentially maintained its original classic look.

At the even lower end of the beer market, there are brands such as Busch and Keystone Light. Like most mass-market brews, these brands have suffered consistent decreases in sales over the years. But their corporate parents aren’t giving up on them. According to Bloomberg News, Anheuser-Busch InBev and MillerCoors have both committed to increased advertising and marketing spending on beers that are retro in price ($15 a case) if not necessarily appearance. 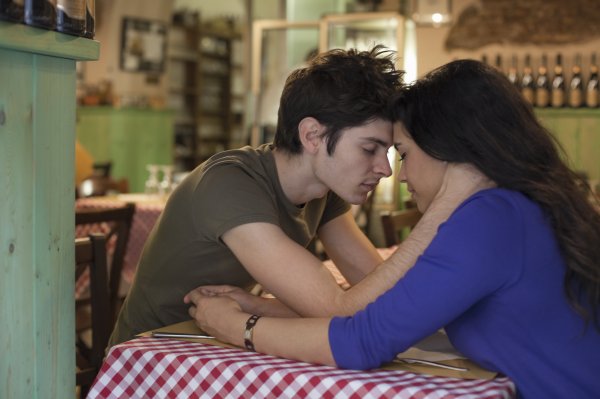 A Recent History of Campaigns to Get Couples to Do the Nasty
Next Up: Editor's Pick