It's a Doll's Life: Barbie's Controversies and Triumphs

Barbie’s new bodies—petite, tall and curvy forms that will be sold alongside the original starting Jan. 28—are sure to spark debate. But Barbie’s used to it. For 57 years she has battling controversy.

Before Barbie, girls played with two-dimensional cardboard fashion dolls or baby dolls. When Barbie debuted at the 1959 New York Toy Fair, she was the first fashion doll with a three-dimensional adult form. The men who dominated the toy industry told her creator, Ruth Handler, that nobody would want to play with a doll with breasts. They were wrong.

But even as Barbie’s sales have soared over the years—from the first bathing-suit-clad Barbie to Totally Hair Barbie in the 1990s—she was also the subject of protests, usually because of her unachievable figure. Feminists at Berkeley burned her in the 1970s as a symbol of male oppression. The backlash was so great when a talking Barbie uttered “Math class is tough,” that Mattel had to offer replacement dolls to those who were offended.

See the icon’s highs and lows over the years. And read TIME’s cover story on Why Mattel Gave Barbie Three New Bodies The three additional body shapes will be sold along with the original as of January 28th via Barbie.com, and will be in retail stores later this year. Check out this gallery of all the new Barbie looks. 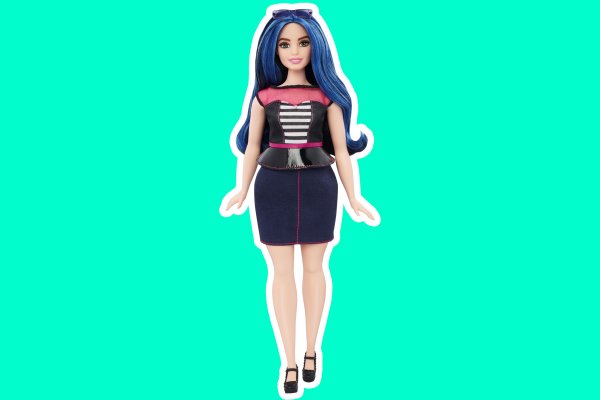 What I Learned Watching Moms and Kids Meet Curvy Barbie
Next Up: Editor's Pick