With just over a week until the Iowa caucuses, members of the Republican establishment are beginning to begrudgingly take sides between the two Republican front-runners, Donald Trump and Ted Cruz.

Each candidate presents potential problems for Beltway insiders. Trump is a political neophyte whose insurgent run based in anti-immigrant rhetoric has splintered the party. Cruz is a Senator from Texas, but he’s made few friends in his tenure of bucking leadership and wrangling a government shutdown.

Cruz cozied up to Trump for most of the race, but with Iowa looming the two have begun to bicker. Now Republican elected officials are weighing in on the choice that South Carolina Senator and erstwhile presidential candidate Lindsey Graham called “being shot or poisoned.” (Graham has endorsed former Florida Gov. Jeb Bush.)

Some members of the Establishment have made it their mission to torpedo Trump. A new PAC run by a former top Romney aide emerged Thursday and began running ads against Trump, and conservative magazine National Review released a special issue against the candidate.

Trump fired back against the magazine Friday:

But many others have decided that Cruz is the greater of two evils. On Tuesday, Iowa Gov. Terry Branstad, a popular six-term Republican, declared that “It would be a big mistake for Iowa to support [Cruz],” citing his opposition to a federal ethanol mandate. He said a Cruz caucus win would be “very damaging to our state.”

Meanwhile, former Alaska Gov. Sarah Palin, who backed Cruz in his run for Senate, formally endorsed Trump for president. Bob Dole, former Kansas Senator and 1996 Republican presidential nominee, said Wednesday that the party would endure “cataclysmic” and “wholesale” losses if Cruz is the nominee, and that he would prefer Trump.

Trent Lott, former Senate majority leader from Mississippi, was asked specifically on Wednesday who he would choose if he had to pick between the two. (He has endorsed Ohio Gov. John Kasich.) “You know, to be honest with you, I’d probably pick Trump over Cruz,” he told the Atlantic.

“I’ve watched him stand on the floor of the Senate and call the majority leader a liar,” Lott continued. “I don’t know whether he was or he wasn’t—you don’t do that where I’m from. If I’d have been in the Senate, I would have tried to have him removed from the floor of the Senate for inappropriate conduct. You just don’t do that. Are we not still gentlemen, and respectful of each other?”

“Gentleman” and “respectful” are two words that many Republican leaders probably would not use to describe Trump, either. But it’s a choice they may have to make. 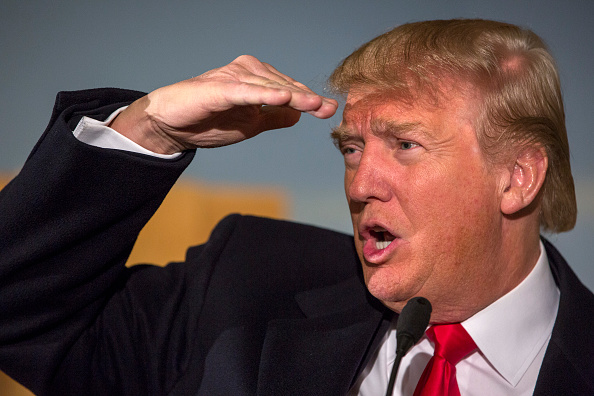