Those are all criticisms Hillary Clinton has thrown at the Vermont Senator in recent weeks, like so many strands of wet spaghetti, as she looks for something that sticks to quell his populist revolt. Now in Iowa, Clinton is workshopping one more attack, painting Sanders as a starry-eyed idealist incapable of acting on his ambitious agenda.

In a day of campaigning on Thursday in snowy Iowa, Clinton questioned Sanders’ ability to form coalitions and pass legislation in Congress, accusing him of being out of touch with reality.

“In theory, there are a lot of things to like about his ideas,” she said at an event at Simpson College, in Indianola, Iowa. “But ‘in theory’ isn’t enough. A president has to deal in reality.”

“I am not interested in ideas that sound good on paper but will never make it in real life,” Clinton said.

Clinton focused much of her fire on Sanders’ plan for universal healthcare, a single-payer system which would work like socialized healthcare in European countries in Canada and is well-liked among many progressive voters in Iowa. She drove hard into Sanders’ record in Congress pushing for healthcare plan, saying he had been unable to move the ball forward on the plan because it was impractical.

“Sanders has been in Congress for 25 years. He’s introduced his healthcare bill nine times. But he never got a single vote in the House or a single Senate co-sponsor. Not one,” Clinton said.

“Now he has a new plan,” she continued. “You hear a promise to build a whole new system. but that’s not what you’ll get. You’ll get gridlock. And an endless wait for advances that will never come.”

Clinton has risked alienating progressives by attacking Sanders, who is viewed favorably by a large majority of Democrats in Iowa, even among those who support the former Secretary of State. She and her allies’ attacks in previous weeks have sparked criticism on the left, particularly when her daughter, Chelsea, said Sanders was trying to take “millions of people off their health insurance.”

Clinton’s critique of Sanders is similar to the one she used against then-Sen. Barack Obama in 2008. During that election cycle, Clinton similarly said that hope and change were not enough, and that Obama would have to deal with harsh realities of a partisan Congress. “I could stand up here and say: let’s just get everybody together, let’s get unified,” Clinton said in February 2008. “Maybe I’ve just lived a little long, but I have no illusions about how hard this will be.”

On Thursday, Clinton seemed to attack Sanders’ methods while embracing his values. “I care about making a real difference in your life. Senator Sanders and I share many of the same goals but we have different records and different ideas about how to drive progress,” Clinton said.

Iowans at Clinton’s are noticing her criticism of Sanders and taking cues. “I’m a diehard progressive liberal. Do I wish we could have Medicare-for-all? Of course. But I understand that it’s not realistic and that won’t happen in our modern political climate,” said Scott Arnes, 28, who campaigned for Clinton in South Dakota eight years ago. “I think Hillary’s approaches to universal healthcare are far more achievable and that’s why I support her.”

Clinton’s attacks on Sanders have intensified as the race as drawn closer in Iowa, where the two Democratic candidates are tied neck-and-neck, and in New Hampshire, where Sanders is outpacing her operation.

In the mid-afternoon on Thursday as Clinton was preparing for an organizing meeting in Vinton, Iowa, CNN published a poll showed Sanders eight points ahead of her in Iowa. The Clinton campaign is trying to make the race about two choices: Clinton, the effective progressive, and Sanders, the candidate who will over-promise and under-deliver. And by not attacking Sanders’ ideas but instead criticizing his methods, Clinton can avoid angering his supporters.

“She’s not anybody who’s got some wide-eyed idea that just as president she’ll be able to stomp her fast and make people change or do anything,” said Joan Peck, an engineer said after attending a Clinton’s organizing event in Vinton, Iowa.

After the latest poll was released, Sanders’ campaign released a statement accusing her of peddling “establishment politics and establishment economics.” “At a time when Secretary Clinton’s lead is evaporating in Iowa we understand why her campaign is panicking and saying absurd things,” said Sanders’ spokesman Michael Briggs.

Sanders, meanwhile has harped on Clinton’s several-hundred-thousand-dollar speaking fees from large banks after serving as Secretary of State, suggesting that she is in the pocket of Wall Street power players.

The Clinton campaign’s attacks on Sanders have had an all-hands-on-deck feel to them. As she sharpened her barbs against Sanders from snowy Iowa, her aides back on the East Coast held a conference call with blasting Sanders’ for saying in the Democratic debate on Sunday that the United States should move quickly to “normalize relations with Iran.”

Clinton policy advisor Jake Sullivan and press secretary Brian Fallon questioned Sanders’ judgment for his statements on the Islamic nation which has sworn to destroy Israel. “I think it would be particularly hard proposition for a Democratic nominee to defend against a Republican next fall,” said Fallon. “It is the very caricature that Republicans like to put forward of Secretary Clinton and President Obama.”

As the race gets more heated, Sanders’ advisors say that Clinton is getting scared of major losses in Iowa, and that is why they have decided to launch With 1 days before the caucuses, many voters in Iowa remain undecided.

Clinton’s campaign is trying to draw clear battle lines: between Clinton, the workhorse candidate who knows what it takes to pass legislation and enact an agenda, and Sanders, the show-horse candidate who would quickly be stymied by a Republican Congress.

And even if Iowa voters are buying the distinction, they’re not always leaning toward Clinton.

“Sanders is promising us things that people on the far left have wanted forever,” said Conor McDonald at the Clinton event in Indianola, who said he was undecided but leaning toward Sanders. “It’s a race between the pragmatist and the idealist.” 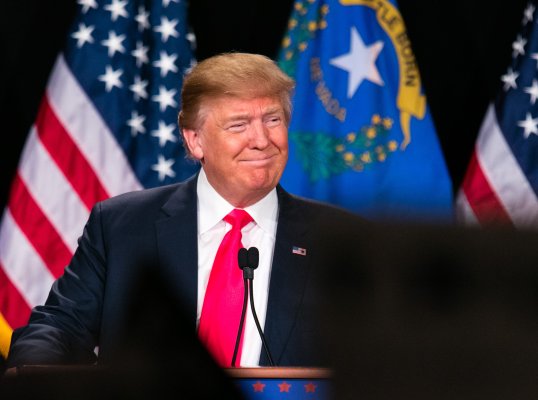 Why Trump Is Winning Over Christian Conservatives
Next Up: Editor's Pick