In several parts of the debate, Clinton voiced support for Obama’s record — even points she’s disagreed with him on in the past. From the financial industry to the Affordable Care Act, the “red line” Obama drew in Syria to the recently implemented Iran nuclear deal, and even the Administration’s recent trip to Silicon Valley, Clinton, as NBC host Chuck Todd put it, “wrapped her arms around” the President.

As political strategist David Axelrod noted on Twitter during the debate, eight years ago Clinton and Obama “went at it in SC debate. Tonight, she’s unabashedly championing @POTUS’s record.”

Clinton’s embrace of Obama’s legacy was particularly noteworthy at a debate in Charleston, S.C., a state Obama swept in 2008 that’s home to a large population of minority voters, which she needs to secure the nomination.

As Clinton defended her record with the financial industry against the more populist Senator Bernie Sanders, who once again blasted big banks, she invoked Obama’s accomplishments.

“I personally believe that President Obama’s work to push through the Dodd-Frank bill and then to sign it was one of the most important regulatory schemes we’ve had since the 1930s,” Clinton said. “I’m going to defend Dodd-Frank and I’m going to defend President Obama for taking on Wall Street, taking on the financial industry and getting results.”

Clinton also gave an outright endorsement of Obama’s Affordable Care Act, after Sanders pushed her by advocating for his Medicaid-for-all health care proposal.

“We’ve accomplished so much already, I do not want to see the Republicans repeal it, and I don’t want to see us start over again with a contentious debate. I want us to defend and build on the Affordable Care Act and improve it,” she said. “That is one of the greatest accomplishments of President Obama, of the Democratic Party and of our country.”

Clinton also said she is “very proud” of the Iran nuclear deal the Obama Administration began implementing this weekend, and took credit for helping put pressure on Iran in the form of sanctions that led them to the negotiating table.

When asked about the President’s red line in Syria over the use of chemical weapons — a threat the President made and then backed down from, in a reversal security officials have said hurt America’s position overseas — Clinton praised Obama’s actions, though others formerly in the Administration have criticized him.

“I think as Commander in Chief you’ve got to constantly be evaluating the decisions you have to make. I know a little bit about this having spent many hours in the Situation Room advising President Obama,” she said.

She even attacked Sanders for calling the President “weak” and “disappointing” in 2011, during a radio show in which Sanders said Obama ought to face a primary challenge.

Throughout the debate, Clinton seemed just as determined to align herself with Obama as she did to differentiate herself from Sanders. Whether that helps or hurts her in the early primary contests is up to the voters. 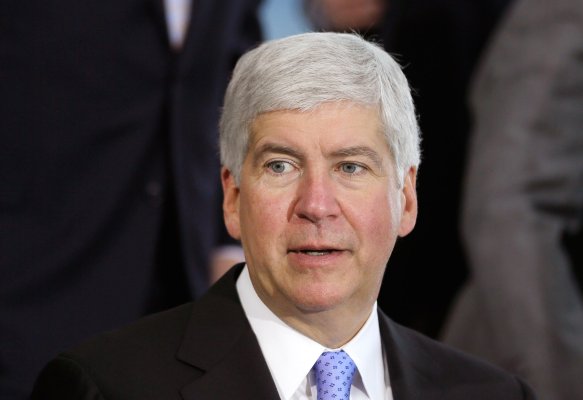