KFC
By Olivia B. Waxman

Hot chicken, a fried bird coated in a searingly spicy red crust, has become the signature dish of Nashville, Tenn., with residents and visitors braving long lines at local destinations like Prince’s, Bolton’s, Pepperfire and Hattie B’s. As its popularity has spread in recent years, a number of chefs have created their own versions at local restaurants around the country. Now, Nashville’s hometown delicacy is about to become far more widespread.

On Monday, the fast-food giant KFC will start serving its version of hot chicken at all 4,300 U.S. locations. The move follows a fall trial run in the Pittsburgh area that KFC called “the most successful product testing in the company’s recent history.” The $5.49 meal, a choice of chicken tenders or chicken on the bone, has pickle chips on top to cut the spiciness — as it does in Music City — but instead of a slice of white bread to mop up the red grease, it comes with the chain’s signature biscuit, plus a side of coleslaw.

Nashville is consistently named one of the hottest cities in America, a “boom town,” a top 10 place for millennials to move and vacation. Identifying its brand with Nashville is KFC’s latest attempt to attract younger customers following the reintroduction of the Colonel Sanders mascot (played by comedian Norm MacDonald). And company executives believe the exposure of a KFC menu will drive even more interest in the genuine article.

“Just like when buffalo chicken went crazy and more people made the pilgrimage to Anchor Bar [in Buffalo] to go try the real thing, I would expect pilgrimages to Nashville go way up after they discover this chicken” says Kevin Hochman, KFC’s U.S chief marketing officer.

That would be welcome news to some of Nashville’s biggest civic boosters. “It’s a very good thing, good for Nashville and good for hot chicken, whatever we can do to focus the attention of America on our city and on our special indigenous food,” says Bill Purcell, Nashville’s former mayor and the founder of the annual Music City Hot Chicken Festival. “Once people know about it, they’ll want to come here, try the original, and we’ll see a great spike in our population.”

The current mayor, Megan Barry, was similarly welcoming, although she couldn’t resist a small dig at the Louisville-based chain. “Hot chicken is uniquely Nashville and delicious, so who can blame KFC for wanting to recreate it?” she said in an email. “But KFC is missing one ingredient in their Nashville Hot Chicken – there’s no Nashville!”

Nashville’s hot chicken purveyors were more skeptical. “I wish them the best, but I don’t really think it will change anything for us because Nashville hot chicken has to be bought in Nashville,” says Dollye Ingram-Matthews, the manager of Bolton’s Spicy Chicken & Fish and a 17-year veteran of the hot chicken trenches. “When you’re doing it locally, it’s a pinch of this and a pinch of that, but when you’re doing mass production, that’s hard to do when you got a bunch of strangers doing it every day.” (Her hunch that it won’t be spicy enough was disproved by the relatively fiery batch served at a recent press preview in New York City.)

“It was bound to happen,” says Isaac Beard, the owner of Pepperfire. “At some point, we knew someone would step up to the plate to do this. I’m just glad it wasn’t Hooters.”

Timothy Davis, author of The Hot Chicken Cookbook, fears the popularity of hot chicken could take away some of the lore that has long been part of its appeal. “Hot chicken is taking off, and while I’m proud of the food going elsewhere, I want the story of it go with it,” Davis says. “It’s a shame if you don’t get some of that. I always say it’s akin to your kid going off to college: You’re proud to see it off, but you can’t help but feel a little protective of it at the same time. You just hope it stays reasonably true to its raising.”

About that story: As the legend goes, to get revenge on her cheating partner, a woman cooked him painfully spicy chicken. But the man, Thornton Prince III, wound up loving the dish so much that he fine-tuned his own recipe and opened a restaurant in the 1940s to serve it. Now known as Prince’s Hot Chicken Shack, that restaurant is credited with pioneering hot chicken and is still run by members of the Prince clan. When asked what she thought about KFC following her family’s lead, André Prince Jeffries, the proprietor of Prince’s Hot Chicken Shack, said simply, “Come eat at Prince’s Hot Chicken.” 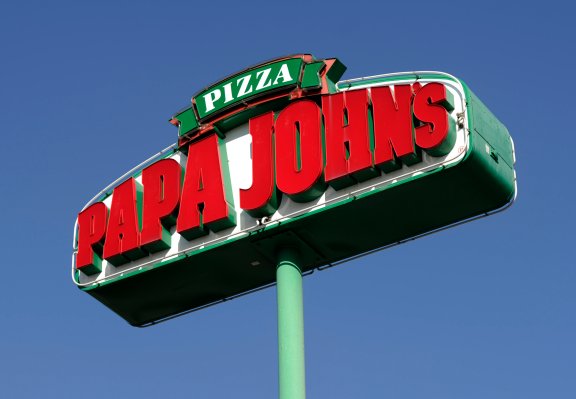 Papa John's Is Changing Its Menu in a Big Way
Next Up: Editor's Pick