Apple's Latest Move Could Help It Compete With Google

Across Silicon Valley, technology companies are scrambling to make their software smarter with the help of artificial intelligence. Both Apple and Google have made significant improvements to their virtual assistants, Siri and Google Now, that help them better understand what a user might need before he or she asks. Meanwhile, Facebook has unveiled plans to create its own intelligent chat bot that can perform tasks on your behalf.

As of this week, Apple has more firepower in the AI department. The Cupertino, Calif.-based company has purchased Emotient, a company that uses artificial intelligence to interpret a person’s emotions, The Wall Street Journal first reported Thursday. The terms of the deal have not been disclosed, and Apple issued the following statement to TIME regarding the acquisition:

“Apple buys smaller technology companies from time to time, and we generally do not discuss our purpose or plans.”

Emotient’s products are aimed at customer satisfaction and advertising, according to the company’s website. It describes itself as the “leader in emotion detection and sentiment analysis based on facial expressions,” claiming it can deliver a customer’s “unfiltered emotional response” to ads, products, and customer service experiences.

It’s unclear exactly how Apple plans to use Emotient’s technology. Still, it’s easy to guess how Apple might incorporate the tech into its products.

Camera software that can read subtle facial movements could allow for a more advanced photo library on the iPhone, for instance. Imagine being able to search through photos based on the people and objects in those images, rather than just the date and location at which they were shot. Combine this with the improved search capabilities Apple added to Siri in September, and it would be easier to find photos in seconds. Theoretically, users would be able to ask Siri to filter photos from last July that only include people, making it easier to pull up vacation photos of friends and family rather than just images of the scenery.

Apple’s primary rival in smartphone software, Google, is already making headway in this department. The Google Photos app that debuted last May, for example, uses machine learning to organize photos based on their content. It can surface photos of specific objects such as “mountain bikes” or “sunglasses” with a good deal of success.

Still, Emotient’s website doesn’t say whether or not its software can analyze faces in photos. The company has taken down blog posts from its website that discuss its technology in greater detail. Last May, however, Emotient announced that it was granted a patent concerning a process that allows it to collect and label as many as 100,000 facial images a day to help computers recognize expressions. A Journal story from a year ago suggests another use case: Detecting when a truck driver is growing tired and alerting him or her to pull aside for rest.

Meanwhile, Qualcomm, which makes the computer chips found in many Android smartphones, says its newest processor powers AI functions as well. Its Snapdragon 820 processor, expected to be included in new phones this year, can classify images based on their subjects, such as food, people, and more.

Facebook has long used facial recognition to suggest friends to tag in photos. It’s now developing more advanced technology that can more easily recognize faces based on their context. This means Facebook would look for things like clothing, hairstyle, and body shape when identifying a person, according to a research paper Ars Technica reported on in June.

All told, it’s difficult to know why Apple acquires the companies that it does. Last May, it purchased augmented reality platform Metaio, and in November it bought motion capture company Faceshift. Some observers speculate that these acquisitions, along with the purchase of Emotient, could potentially be used for an augmented reality headset, a virtual reality device, or a car, all three of which are rumored Apple projects. Still, there’s no indication if any of these companies’ technologies will appear in Apple’s future products. One thing, however, is certain: artificial intelligence will be everywhere in 2016. 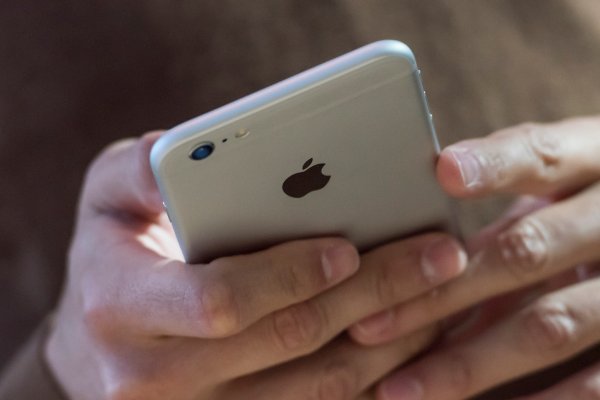 Apple's iPhone 7 Will Almost Definitely Be Missing a Headphone Jack
Next Up: Editor's Pick