The day that Republican presidential candidate Donald Trump released his first television ad in Iowa—marketing himself as America’s savior against “radical Islamic terrorism”—a leading Iowa imam responded not in fear of increased anti-Muslim backlash but with an invitation for Trump himself.

“As an imam and director of the first mosque of North America, I, Imam Tawil, declare that we would love to have our candidate Donald Trump to come and talk to his fellow citizens who have been born here, whose parents were born here, as Americans, to come talk to us about his plans, to come to tell us his philosophy, and to tell us how he can help us out as American citizens,” Tawil tells TIME.

It is an ironic historical twist that Iowa, where Trump is pushing anti-Muslim fervor to increase his presidential appeal, is also home to one of America’s most established Muslim communities. Tawil leads the Mother Mosque of America in Cedar Rapids, which is the oldest surviving mosque not just in the United States but also in North America. The community dates to Syrians who settled in the Cedar Rapids area in the late 1800s, and Mother Mosque formally opened in 1934 in the midst of the Great Depression. The area is also home to the Muslim National Cemetery, whose land in honor of military servicemen who fought in World War II.

Today Cedar Rapids is home to three mosques. Mother Mosque operates more as a cultural center for non-Muslims, while the nearby Islamic Center of Cedar Rapids is main center for prayer and religious services some 2,000 Muslim families in the Cedar Rapids area, Tawil explains. Only about 1% of Iowans are Muslim, mirroring the national average, according to the Pew Research Center.

“[Candidates] say things to market themselves, and get votes … it is their job to make us look bad,” Tawil says. “Unfortunately, they are wasting their money, they are not gaining anything, because the community knows who you are, and we are dealing with the fourth generation [of Muslims in Iowa].”

Mother Mosque’s own Iowa pride runs deep. A photo caption on the group’s website reads, “Is this heaven? No, it is Cedar Rapids, Iowa!” At times its welcome page seems more about Iowa than about Islam: “The Mother Mosque is in IOWA, the hearthland of America, Cedar Rapids, Iowa where hospitality, generousity, and tolerance is well known facts,” a history section on its website reads. “From fields of tulips … to the field of dreams … From covered bridges … to covered wagon … From America’s castles … to classic barns … From fields of corns … to Quaker Oat … From Czech Museum … to the Mother Mosque of America … IOWA welcomes you.”

Tawil, a U.S. citizen and a Palestinian Muslim originally from Jerusalem, is confident that Trump’s comments and advertising will not damage Islam’s place in the broader Cedar Rapids community. He cites strong relationship with law enforcement and local political leaders, his role as a community chaplain, and his prayers that have opened Cedar Rapids City Council meetings. Interfaith engagement has also expanded since the 1990s. “We are part of the fabric,” Tawil says. “I don’t know what they want, what end results Mr. Trump is asking for? Concentration camps? … That is why the community will not back them up.”

It is a long shot that Trump will take Tawil up on his offer to speak to Muslim citizens at the Mother Mosque, especially if it means coming alongside them to show how he can support their needs. But Tawil wants to give it a try. The Islamic Center of Cedar Rapids held an open house on Dec. 30 with Democratic Congressman Keith Ellison of Minnesota, the first Muslim in Congress, who was campaigning on behalf of Democratic presidential candidate Senator Bernie Sanders.

Whether or not Trump accepts his offer, Tawil believes Trump’s new ad is just one more way he is undercutting possible support from Iowa’s citizens. Tawil says that he, like most of his community, is a registered Republican, and GOP anti-Muslim rhetoric only makes him feel more trapped. “I cannot deny that the comments of Mr. Donald Trump and Dr. Ben Carson have been very hurtful and very damaging,” he says, saying he will have to pray to discern which candidates are close to God’s will. “We are shaken….Right now I am sure I will not vote for him, that is 100%, but as a religious leader I cannot tell people what to do.”

Read Next: An American Muslim Community Shares Its Story 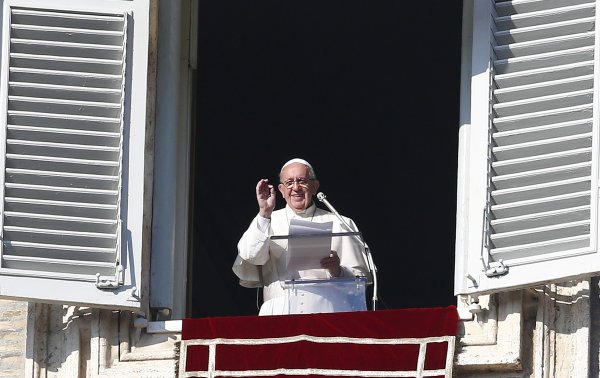