Jeb Bush announced a new television ad focused on his strategy against ISIS, in a style that seems to be trying to trump Trump.

Bush’s ad will begin running in New Hampshire on Tuesday, according to an email from the campaign. It centers on the former Florida Governor calling to lead “a global coalition” to take out ISIS with “overwhelming force,” overlaid with dramatic music and headlines about the terrorist group’s violence.

Donald Trump’s campaign also announced its first television ad Monday, to begin running in Iowa and New Hampshire the same day as Bush’s. Trump’s ad also focuses on a tough stance against ISIS, but highlights some of Trump’s most controversial proposals, including a temporary ban on all Muslims entering the United States. 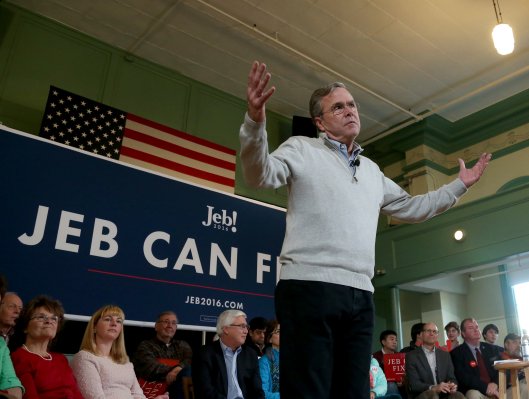