5 Reasons Why Some Women Go Through Early Menopause

Maybe you wake up at night drenched in sweat, or you’re struggling to concentrate, or your period has been MIA. These symptoms are enough to freak any woman out, even when she’s at the right age for menopause, the natural transition to infertility that most women experience around 50. But when these symptoms begin in your 30s, they can be downright scary.

For some women, early menopause is brought on by surgery that removes the ovaries. A woman who carries a BRCA gene mutation, for example, may opt to have her ovaries and fallopian tubes taken out in a preventative salpingo-oopherectomy. (This is the procedure Angelina Jolie had last March, after blood tests revealed possible indicators of early cancer.) The result? Levels of estrogen and other female hormones drop dramatically, which may lead to hot flashes, vaginal dryness, and other telltale signs of menopause.

But one in 100 women will experience these symptoms by the age of 40 for other reasons, which are often hard to pin down. In fact, for about 90 percent of cases a woman never learns the reason why. The technical term for this medical condition is primary ovarian insufficiency (POI). “Basically, the ovaries poop out early,” explains Shawn Tassone, M.D., an OB/GYN who specializes in integrative medicine at Austin Area Obstetrics, Gynecology, and Fertility.

One key sign for diagnosis: skipped or irregular periods for four months. Women with POI (also known as premature ovarian failure) may face more than mood swings and low libido. If they want to have children, they will likely struggle with infertility, and that can be the first sign that something is not right. (That said, some women do continue to have occasional periods for years after a POI diagnosis, and between 5% and 10% do manage to get pregnant.)

Although most of the time POI happens without an obvious cause, there are quite a few things that are known to bring it on—yet many women are unaware of them. Below are the top factors that put you at risk.

Your mom went through early menopause

Or your sister, or your grandmother. POI seems to be genetic: “You tend to see it run in families,” Dr. Tassone says. “It can come from either side.” A 2011 review of studies found that in up to 20 percent of cases, the woman has a family history of the condition.

FMR1 is a gene that causes Fragile X syndrome, the most common form of inherited intellectual impairment; even if you don’t have the syndrome you can have a mutation on that same gene that causes problems with your ovaries, leading to Fragile X-associated primary ovarian insufficiency. According to a report by the National Institutes of Health, this is the case for one in 33 women with POI.

Turner Syndrome (in which a woman has only one X chromosome) is another genetic disorder associated with POI.

The autoimmune disorder thyroiditis (inflammation of the thyroid gland) has been linked to POI. So has Addison’s Disease, in which the adrenal glands don’t produce enough hormones. In the case of either of these diseases, it’s possible your own immune system may begin to attack the follicles in your ovaries, the small sacs where eggs mature and grow, interfering with their ability to function.

Smoking or other toxin exposure

“Some toxins can bring on premature ovarian failure,” Dr. Tassone says. “Things like cigarettes and pesticides.” Normally we are born with enough primordial follicles (aka the tiny seeds that grow into follicles) to last us until the natural age of menopause, around 50. But exposure to harmful chemicals is thought to cause a woman to run out of follicles sooner rather than later.

Similar to environmental toxins, these cancer treatments can damage the genetic material in ovarian cells. But the damage depends on various factors, like the type of drug and dose of radiation, your age at the time of treatment, and the area of your body that was radiated. Some women may not develop POI until years after undergoing cancer treatment. And some won’t ever get it. 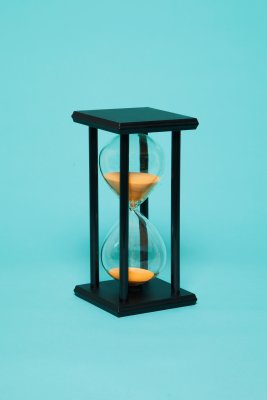 Being Happy Won’t Make You Live Longer
Next Up: Editor's Pick